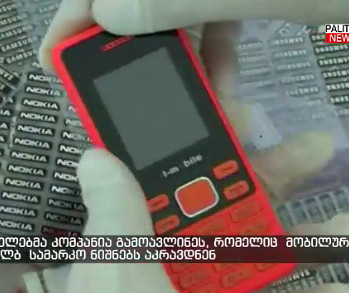 TBILISI, DFWatch–The financial crimes unit in Georgia’s Finance Ministry exposed a shop for selling fake Nokia and Samsung phones on Wednesday, which may lead to up to five years in jail.

The Investigation Service revealed that phones were illegally labelled with the Nokia and Samsung trademarks.

“As a result of operative search and investigation activities we revealed that representatives of Mainf Zoomer LLC labeled a large amount of China-produced phones with fake Nokia and Samsung labels in order to sell them,” the statement reads.

This form of crime may lead to three to five years in jail, in accordance with article 196 of the Criminal Code.