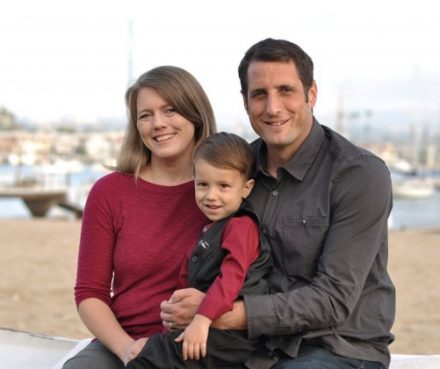 The shepherd, whose identity is being withheld by authorities, has confessed to the killing of Ryan Smith, 43, an entrepreneur, and his son, Caleb, 4. Lora Smith, 42, died while trying to escape the crime scene, he told police.

The circumstances and motive of the crime are still unclear. In an official statement, the police quote the suspect who maintains there was a ‘confrontation’ that started after a verbal argument. However, Georgian media circulate many other versions of the triple murder, including attempted rape.

The American family had lived in Georgia for at least six years and held dual American-Georgian citizenship.

The crime occurred as the family was spending its vacation in the picturesque Khada Gorge in Dusheti municipality, on the southern slopes of Greater Caucasus Range. 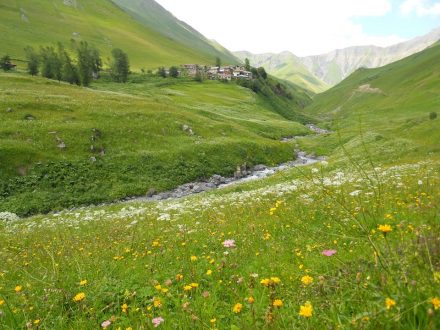 The crime occurred near the settlement Tskere. (Georgian Tour.)

Soon rescue workers discovered a car and some of the family’s personal belongings in the small settlement of Tskere, 70 km north of Dusheti, at an altitude of 1,880 meters above sea level.

On July 7, the body of Lora Smith was found in a ravine. The police didn’t find traces of physical violence on her body. The same day, the body of her spouse, Ryan, was found nearby.

Soon, a local shepherd was arrested, who confessed to murdering Ryan and Caleb, while Lora, he insists, died while trying to escape the scene. He also confessed that he attempted to conceal the dead body of Caleb in a glacier. The child’s body has been recovered.

The investigation is ongoing, police said. If convicted, the suspect will face a life sentence under Georgian legislation.

The police had to protect the suspect from being lynched by locals, some Georgia media reported.