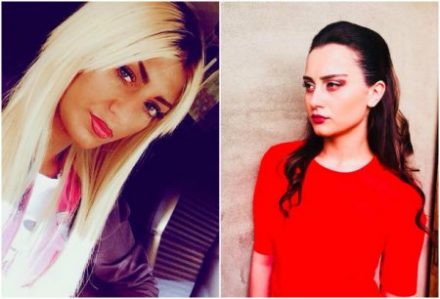 TBILISI, DFWatch–Police in Georgia have arrested two young women implicated in the near fatal stabbing of a popular crooner.

Irakli Nozadze, nicknamed ‘Picasso’, was in a critical condition after major loss of blood after being stabbed multiple times in the chest and neck on Monday.

One of the arrested women, Tamta Janjgava, 29, is suspected of attempted homicide, while the other, Natia Topuria, 24, may be charged with concealing a crime.

Both of them were present in the black Mini Cooper where the crooner was reportedly stabbed in his neck and chest.

The attack occurred on Monday when two girls asked Nozadze, of the popular band Street Boys, to come  down from his flat. The singer went down and entered a Mini Cooper which the girls were in. Soon afterward, he came out the car bleeding and calling for help. The girls left the scene. Both were apprehended after a day of search in uptown Tbilisi.

The singer has lost a large amount of blood. After undergoing surgery his condition has stabilized. He’s been recovering, doctors say. He was taken off the respirator and moved to the regular ward at the hospital on Wednesday.

The motive is still unknown, but preliminary findings of the investigation hint to a connection with a still unknown commodity which the victim owed to one or both suspects. Some media outlet speculate that it may be related to drugs.