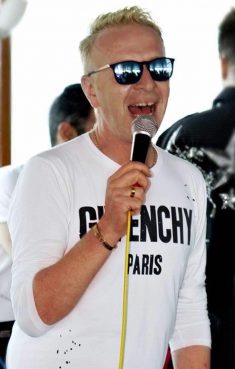 TBILISI, DFWatch–One of Georgia’s most popular singers was stabbed in Tbilisi Monday evening. Two girls are suspected of carrying out the crime.

Irakli “Picasso” Nozadze of the popular quartet Street Boys (“ქუჩის ბიჭები”) is in a critical condition after being stabbed in the chest.

The singer has lost a large amount of blood. After undergoing surgery his condition is more stable, but remains very serious, a doctor at the hospital said.

Witnesses say Nozadze was asked to come out from his flat by two girls. He went down to the street and entered a Mini Cooper which the girls were in. Soon afterward, he came out the car bleeding and calling for help. The girls left the scene. Their identities are not known.