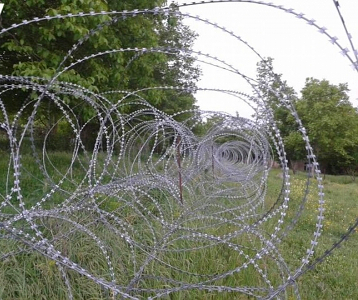 TBILISI, DFWatch–Two Georgians were detained by Russian border guards on Monday at the delineation line around the breakaway territory South Ossetia.

Saba Sekhniashvili and Lasha Glurjidze were trying to go to the Trinity Church, which lies in the village Bershueti.

Sekhniashvili managed to run away, but Glurjidze was detained and taken to Tskhinvali, the administrative center of the de facto republic, whose perimeter has been patrolled by the border service of the Russian FSB since late 2008.

Glurjidze’s mother told journalists that her son’s mobile phone was turned off soon after his detention. She said that her son wanted to light candles in church together with some friend, when eight soldiers appeared.

According to Davit Tsertsvadze, the head of municipality in Gori, the church stands on Georgian-controlled territory and the youngsters didn’t cross the de facto border. He says locals often go to the church.

In November, Russian border forces detained three people in another village near the perimeter. They were on the way to church for Saint George’s Day when they were detained.

Detainees are usually kept in a detention facility in Tskhinvali until they pay a border violation fine.