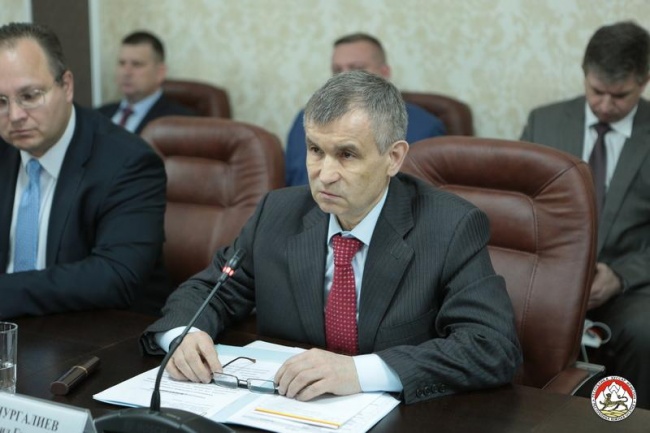 TBILISI, DFWatch–Russia has once again accused a medical research facility in the republic of Georgia of launching weaponized bugs into territory under its control.

“This is a matter of national security,” said deputy chief of Russia’s Security Council, Rashid Nurgaliev, during a public appearance in Tskhinvali, South Ossetia, a disputed territory currently under Russia’s control but which the international community regards as part of Georgia.

Nurgaliev, who was seated next to the separatist region’s de facto president, accused the laboratory on the outskirts of Tbilisi of spreading the brown marmorated stink bug (BMSB) into this territory, over which Russia and Georgia fought a brief war in 2008.

He accused the US-funded lab named after Senator Richard Lugar of “possibly” triggering the spread of BMSB across the South Caucasus. The pest has devastated crops in the region in recent years, including the other breakaway region Abkhazia, as well as many other parts of Georgia proper.

“The spread of BMSB might be a result of the Lugar biolab in Tbilisi and Russia has raised this question multiple times,” Nurgaliev claimed.

“We have studied this problem and can’t rule out that this may be some kind of flu strain spread by the Lugar laboratory. We believe that this is a variety of the spread of various viruses.”

“This is a matter of national security, and appropriate measures must be taken to combat it,” Nurgaliev added.

De facto president Anatoly Bibilov and other Tskhinvali officials present at the meeting agreed with him.

Russia has from time to time spread allegations about the Lugar biolab in an apparent attempt to exert pressure on Georgia. In October, 2018, it even threatened with “military measures”.