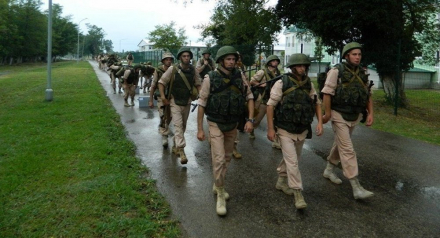 TBILISI, DFWatch–The number of Russian troops in breakaway Abkhazia has increased by 30 percent in the last year, Apsnipress reported on Wednesday.

This is one of five military districts in Russia, and apart from the North Caucasus, it covers Georgia’s two breakaway regions Abkhazia and South Ossetia, as well as Crimea, another disputed territory which was annexed by Russia in 2014. Russian military bases in Armenia are also part of the military district.

Since the beginning of 2018, over 600 Russian nationals have applied to serve in the military facilities stationed in Abkhazia. They have undergone thorough selection procedures for compliance with specific climatic conditions – high subtropical temperatures and increased humidity levels – in Abkhazia and only one out of four candidates were selected.

About half of the Russian troops serving in Abkhazia are contract servicemen.