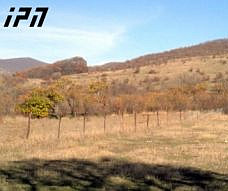 TBILISI, DFWatch–Three people were detained by Russian soldiers on Monday in a village near the disputed border with South Ossetia.

Locals in the village Adzvi told the television channel Imedi that the three were planning to go to a church which lies near the village, but apparently beyond Georgian-controlled territory.

“We approached the area, but there were Russian soldiers there who didn’t let us go inside the church,” Dodo Korinteli said.

“I guess [the three people who were detained] must have been there earlier today. There were no soldiers in the beginning, so they took them.”

Korinteli said they returned after being warned twice by Russian soldiers not to go inside the church.

Ekaterine Mchedlishvili, another local from the village says there is no barbed wire installed in this section. There is only a sign which doesn’t make it clear whether it is possible to approach the church or not.

Interpressnews quotes Davit Tatishvili from the local municipality of Gori who says that since the war in August of 2008, locals have not had problems with accessing the church until today, and no-one has been detained for it before.