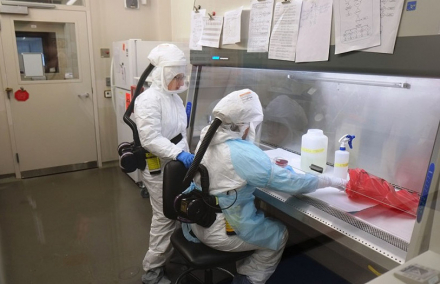 The Lugar Center in Tbilisi. (NCDC.)

TBILISI, DFWatch–Russia launched new threats and accusation against Georgia on Thursday over a US-funded laboratory in Tbilisi, warning that even ‘military measures’ are not ruled out.

The move was ostensibly triggered by a former KGB general who served as Georgia’s security chief in the 1990s but fled the country after being accused of assassination attempt against then president Eduard Shevardnadze.

“We cannot just turn a blind eye, realizing that some things are happening there that directly affect the state of security on [our] southern frontiers. We will resort to diplomatic and military measures,” Vladimir Shamanov, Chairman of the Defense Committee of the Russian State Duma, was quoted by TASS as saying on Thursday. Shamanov was one of the key generals during the Chechen wars in the 1990s and was strongly criticized by human rights groups for alleged war crimes against civilians.

The same day, Chief of Russia’s Nuclear, Biological and Chemical Protection Troops Major General Igor Kirillov stated the Ministry of Defense expected answers from the US and Georgia on why toxic agents and biological weapons are being stored at the Richard Lugar Public Health Research Center.

Earlier, on September 25 Vladimir Yermakov, Director of the Russian Foreign Ministry’s Non-Proliferation and Arms Control Department, told reporters that Russia won’t let the Americans carry out biological experiments near its borders.
Russia suspects the US military are working on Georgian soil with biological materials and are using Georgians “guinea pigs”, he said. 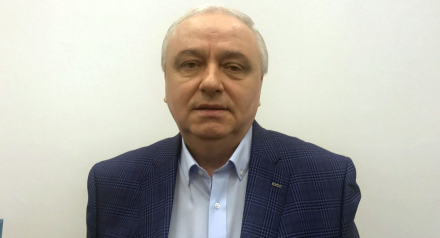 The barrage came after a press conference September 11 in Moscow where Igor Giorgadze, Georgia’s former security chief with close ties with the Kremlin, told reporters that he had evidence that the Richard Lugar Public Health Research Center near Tbilisi international airport has carried out dangerous experiments and called on US President Donald Trump to investigate the laboratory’s activity. Giorgadze claimed that US military and private contractors might be engaging in secret experiments on humans there.

The documents leaked to him from the lab where clear evidence of this, he claimed.

Both the Pentagon and Georgia angrily rejected the accusations.

Pentagon spokesman Eric Pahon called the accusations “an invention of the imaginative and false Russian disinformation campaign against the West” and “obvious attempts to divert attention from Russia’s bad behavior on many fronts.”

“The U.S. is not developing biological weapons in the Lugar Center,” Pahon said.

Similar speculations have appeared in Russian media from time to time since work began on the Lugar Center in 2004. However, the last wave of accusations involve high ranking officials from Moscow, which Tbilisi views as a potential pretext for a hostile move by Russia.

Amiran Gamkrelidze, the director of Georgia’s National Center for Disease Control and Public Health, called the accusations ‘drivel’. The NCDC effectively owns and operates the Lugar Lab, not the US. Since 2018, the center is fully funded by the Georgian government, he said.

The center’s work is transparent, Russian journalists and experts had had opportunities to visit it and even practice, he added.

Igor Giorgadze, who seems to have triggered the current wave of accusations, is in exile in Russia and is believed to reside in Moscow. He fled Georgia in 1995 after being accused of having organized an assassination attempt on President Eduard Shevardnadze on August 29.

From his exile in Moscow, Giorgadze, a former KGB general, has railed against Georgian authorities and their western orientation, which earned him a status as a bogeyman in the domestic politics of his country of origin, a symbol for the ‘Russian hand’ of hidden control.

He founded an ‘anti-Soros’ organization with a clear aim to overthrow the government of then president Mikheil Saakashvili, 13 members of whom were arrested in 2006, charged with sedition.

Igor Giorgadze, who is viewed in Georgia as an extremely controversial person in the country’s modern history, has sued DFWatch for an article in which he was referred to as ‘public enemy number one’.

Tbilisi City Court held its first hearing in the lawsuit in June, but is was postponed indefinitely.