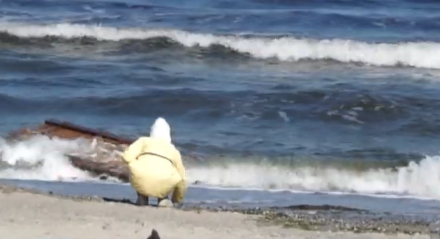 The cancerous substance benzo(a)pyrene, commonly found in soot, is present in the Black Sea in levels exceeding its toxicity threshold.

In addition, 124 chemicals dangerous for the sea ecosystem and human health were identified in the study, which was presented in Odessa on July 29.

These include persistent organic pollutants, metals, pesticides, biocides, pharmaceuticals, flame retardants, industrial pollutants and personal care products. These substances had not been monitored earlier and they will be proposed to be included for regular monitoring.

The Joint Black Sea Survey, which the Government of Ukraine is carrying out in accordance with the EU-Ukraine Association Agreement, also found there is almost twice as much litter in the Black Sea, as in the Mediterranean.

83% of the marine litter found in the Black Sea is plastic, such as bottles, packaging and bags. The plastic is transported to the sea by large rivers. Researchers estimated that the Danube and the Dniester bring to the sea from 6 to 50 items of litter per hour.

There are an estimated 91 items of litter per square kilometer in the Black Sea, compared to 50 in the Mediterranean, according to researchers, who also found microplastics in sediments on the Black Sea floor both in its shelf parts and in the depths of more than 2,000 meters.

“The obtained results of the surveys should contribute to the development of the evidence-based Programme of Measures to improve the status of the Black Sea, as well as to global understanding of current risks and threats to marine ecosystems”, team leader Jaroslav Slobodnik said as he presented the findings of the project “Improving Environmental Monitoring in the Black Sea: Selected Measures” (EMBLAS-Plus).

The project is a requirement of the EU’s Marine Strategy Framework Directive and was jointly funded by the EU and UNDP. Samples were taken between 2017 and 2019 in the coastal waters of Georgia, Ukraine and Russia and in the open sea, and processed using non-target chemical screening and e-DNA analysis.