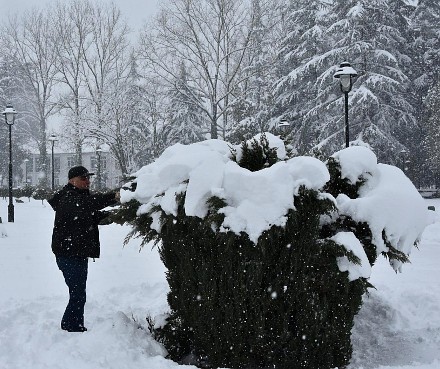 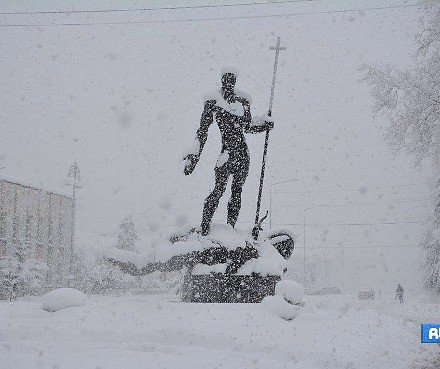 TBILISI, DFWatch–Massive snowfall is causing problems in western Georgia, especially the two regions Samegrelo and Svaneti, where the snow cover in some places exceeds one meter.

An avalanche cut off an important road connecting Zugdidi and Mestia, the administrative centers of Samegrelo and Svaneti, respectively.

Traffic is impeded along several other roads in Samegrelo, including the road connecting Zugdidi with Chkorotsku municipality.

However, the government said Friday afternoon that traffic on all central roads has been restored and efforts are being made to clear other roads.

The road connecting Batumi and Kobuleti, two important Black Sea resorts in Adjara, is closed for all traffic.

Up to 12 schools in the area, mostly in Tsalenjikha municipality, had to suspend classes as it was impossible to transport students to the schools.

A special team has been assembled to cope with the problem, under the supervision of the Samegrelo-Zemo Svaneti administrative entity, the government said.

Meteorologists predict a relatively cold night on Friday. In western Georgia’s lowlands at night temperature will fall to -8C, in the eastern Georgian lowlands to -10C, in highlands the frost will be even worse. In Tbilisi this night -6C is predicted by the weather forecast service.