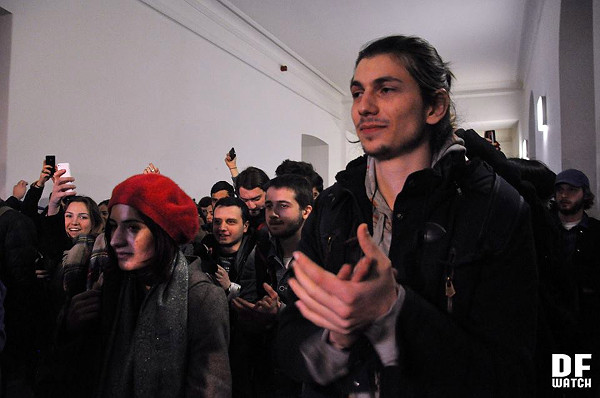 TBILISI, DFWatch–The protests at Tbilisi State University are over. Auditorium No 115 and members of student government (Tvitmmartveloba) have left the main building after occupying it for about a week.

The student group formed during the protest, dubbed Auditorium No 115, have spent days and nights at TSU. A manifesto was read out loud to a crowd in front of the university building, stating that they retain the right to launch a strike if their demands are not fulfilled by April 16.

Levan Lortkipanidze, one of the protesting students, read out the manifesto, which also states that an agreement will soon be prepared between the government and the youth, and it will not be revised later on; the agreement must be signed by the rector, the education minister and a person from Auditorium No 115. 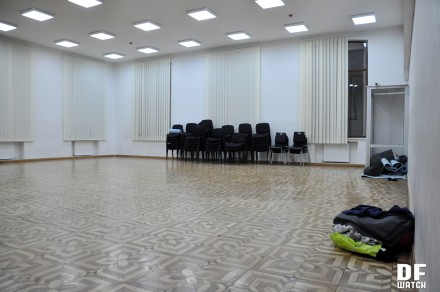 Auditorium No.115 on Wednesday night (DFWatch)

Students left the auditorium, and teaching will soon resume, but on March 19 at 18:00 the students will reconvene and discuss their plans.

The goal of forming Auditorium No 115 was to become a part of the education reform. It will include students, lecturers and others who have supported them during these last six days.

The students’ demands include democratization of the system with participation by all of the students. They demand the dissolution of the academy council, one of TSU’s managing bodies, reorganize its structure and introduce elections. Another demand is to reorganize the Tvitmmartveloba by amending the law on education, and finally that the education system has to be free of the so-called ODRs – agents of the security service. 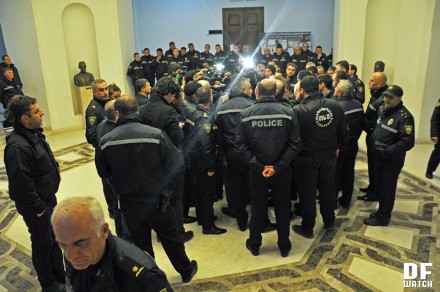 Shalva Sabauri, Tvitmmartveloba’s president, said Wednesday night that Auditorium 115 and Tvitmmartveloba will meet and discuss future plans on Thursday. Their demand remains the same, the resignation of TSU’s rector.

Sabauri said that both parties have the same views on certain issues, but differ on other.

“They have demands about the academy council, and we, [demand] the resignation of the rector. None of us wants to give up those conditions. We have to agree, and tomorrow we, students, will make a decision [about] how we will continue to fight,” he said, adding that they do not plan demonstrations at this stage. 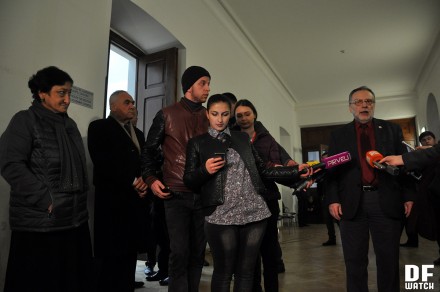 After a long meeting with the academic council, rector Vladimer Papava again declared he does not plan to leave. He said that discussions and constructive work will continue, with all the parties.

Wednesday was the final day of the protests at TSU’s main building. Police filled the main entrance of the building. Members of Tvitmmartveloba left TSU earlier on Wednesday and didn’t return. They held a protest and later meetings at the university’s second building and declared that they do not plan to occupy TSU’s first building anymore and that they want the lectures to resume. 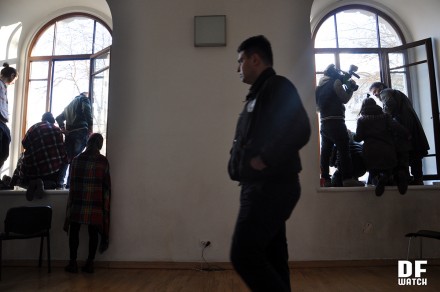 Cheering up supporters of Auditorium No.115 outside (DFWatch)

Some of the Auditorium 115 students still had to stay outside, as police didn’t let them in. On the cold windy day, students help each other and brought hot beverages and blankets, while inside in the auditorium they prepared the text of the manifesto and made a decision to leave the building as Tvitmmartveloba had also left.

As they left the auditorium, there was noise with whistles and horns and messages like ‘autonomy to university,’ ‘equality to students’, ‘no to Tvitmmartveloba.’ 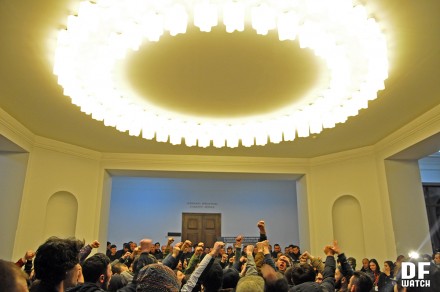 Earlier in the evening, Prime Minister Giorgi Kvirikashvili said that the opinion of students is important to him and has to be listened to. He said that the reform of the education system and universities is essential.

Students left the building shortly before midnight. They thanked the police and security guards before leaving. 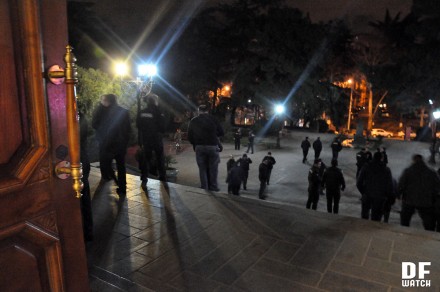 After a while, the session of the academic council was also over. Police officers, who had been tired of standing the entire day in the hall and asking students or journalists when the thing would be over, were praised by the chief and allowed to return to their homes after at 1am.

The security guards closed the doors of the empty auditoriums.