Rustavi smelter plant fires hundreds of employees due to lawsuit

Rustavi smelter plant fires hundreds of employees due to lawsuit 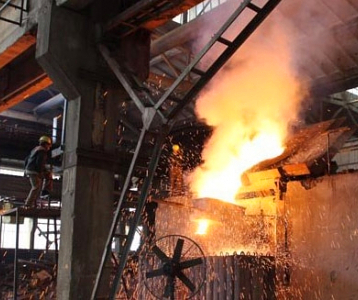 TBILISI, DFWatch–Rustavi Poladi, a smelter plant in a town 20km away from the capital, has fired hundreds of employees because of a lawsuit.

Nugzar Kachukhashvili, Director of Rustavi Poladi Ltd, said at a press conference on Monday that the ‘unfair lawsuit’ against the company has put them in a difficult situation, which adds to global factors, such as a drop in the prices of metal in the international market.

He explained that prices of the company’s product went down by 40 percent at the end of 2014, which has worsened their financial indicators.

In addition to this, there have been restrictions imposed by the court recently; they are not allowed to use slag supplies.

“Because of some Eter Mtvralashvili’s complaint to provide 4,553 laris and 48 tetris the court restricted the company from using property in amount of tens of million,” he said. “Those restrictions significantly increase the expenses for raw material for the plant putting company into deadlock.”

For these reasons, the company had to fire many of its employees, he explained, and said that lawsuits are underway in the courts on several levels.

Kakhuchashvili said that in the beginning, the number of employees was 2,500. In February, they dismissed 360 employees. Today, there are 2,100 employees, and the plan is to fire from 300 to 500 more employees, but this depends on the court’s decision.

The dismissed employees will get one month’s compensation and will be selected according to the effectiveness of their work.