Russia’s military superiority is visible but its status in Georgia continues to erode: Robert Hamilton

Russia’s military superiority is visible but its status in Georgia continues to erode: Robert Hamilton 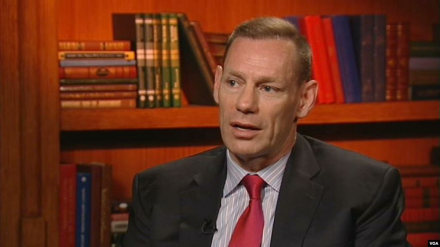 Voice of America’s Georgian Service’s Anna Kalandadze talked to Robert Hamilton, Professor of Eurasian Studies at the US Army War College in Washington about trending topics in current-day Georgia.

VoA: How do you assess the Anti-Russia protests that are ongoing in Tbilisi?  What are the protests all about?

Robert Hamilton: The direct catalyst for the protests, of course, was the visit of the Russian delegation for the Interparliamentary Assembly on Orthodoxy, during which Russian Duma deputy Sergei Gavrilov addressed the assembly from the speaker’s chair in the Georgian parliament. For many Georgians this event was particularly galling, given the Russian military occupation of Abkhazia and South Ossetia/Tskhinvali Region.

But the protests also seemed to expose public fatigue with the current Georgian Dream-led government, which has held power in parliament since 2012, and a public desire for a more competitive political system. Public anger increased further after the police dispersed the protestors with tear gas and rubber bullets, injuring over 200 people, some of them seriously.

So perhaps it’s most accurate to say that while the visit of the Russian delegation was the spark that lit the conflagration, underlying discontent with the political system provided the fuel.

VoA: What challenges do you anticipate for Georgian democracy, going forward and given this latest lesson?

Robert Hamilton: Although Georgia has made significant progress in its democratic development, it has struggled to sustain that progress.  Much of its democratization occurred in two short periods, the first after the 2003 Rose Revolution, and the second after the 2012 parliamentary elections.  However, both the UNM government that came to power after the Rose Revolution and the GD government that came to power in 2012 showed a tendency to consolidate their power and to be less than fully tolerant of political opposition.  The UNM government was ousted at the polls after a prison abuse scandal became a focal point for public anger.  It will be interesting to see if the current protests and the government’s reaction to them play the same role for the current GD government.

The government’s decision to move to a full party list system for the 2020 parliamentary elections is a positive sign.  A party list system should limit the advantages of incumbency, making Georgia’s political system more responsive to the popular will.  It might also serve to limit the reach of patronage networks and inhibit the development of cults of personality, two problems that hold back the development of many post-Communist countries.

However, the announcement of a “zero threshold” electoral system could small fringe parties to enter parliament, undermining stability and giving extremists a bigger voice in parliament than they would have under a threshold system.

VoA: How would you react to GD’s readiness to probe and arrest opposition politicians on the pretext of instigating mass riots?

Robert Hamilton: The arrest of opposition MP and the government’s intent to try him for “organizing and leading group riots” certainly bears watching.  If the process appears politically motivated, as an attempt to stifle political opposition and the expression of political grievances, the government will lose legitimacy in the eyes of the Georgian people and many of Georgia’s partner countries.

VoA: Given all of current, unlawful and dangerous acts, can you anticipate Russia’s future moves in Georgia and what will it try to use against Tbilisi?

Robert Hamilton: Russia will take advantage of any opportunity to portray Georgia as unstable and the Georgian government as undemocratic.  Both the government and the opposition should take this into account when making decisions.  A move that gains one side short-term political advantage but feeds Russia’s narrative is not in the interest of Georgia as a whole. Both the government and the opposition will hopefully remember that the differences between them are minor compared to Georgia’s differences with Russia.

VoA: Incidentally, how strong is Russia in Georgia, today? And to what is it due – lack of Georgian government’s  mastery to fend it off? Or rather, an oligarch who is reluctant to fight Putin’s agenda?

Robert Hamilton: The answer depends on how you define strength. Russia’s military position in Georgia is stronger than it has been in Georgia’s post-Soviet history. With several thousand troops in Abkhazia and South Ossetia and another large contingent in Gyumri, Armenia, Russia’s military superiority is visible and threatening in ways it wasn’t before the 2008 war.

But in other, softer forms of power Russia’s status in Georgia continues to erode. Russia’s suspension of direct flights to Georgia after the beginning of protests there will do short-term damage to Georgia’s tourism industry but is unlikely to have a long-term effect. Russia’s periodic bans on Georgian imports for transparently political reasons also have not prevented Georgia’s economy from growing.  Russia’s economic pressure has incentivized Georgia to turn away from Russia as a primary trade partner and source of tourism income, which will put Georgia on a more solid economic footing in the long run. This is already starting to happen – in the first half of 2018 Georgia’s exports to the EU surpassed those to Russia by $164 million. Finally, Russia’s aggressive behavior toward Georgia prevents it from capitalizing on the fact that the two countries have historical, cultural and religious ties.

So in a way, whatever the policies of the Georgian government, Moscow’s own actions have drastically decreased its influence in Georgia. It now faces a situation where hard military power is its only tool, and the use of that tool in Georgia would bring resistance from Georgia and a backlash from the West that would further erode Russia’s position in the world.

VoA: It seems the Georgian government is going after the founder of the oldest and biggest private bank, TBC (Mamuka Khazaradze).  This is the guy behind the Anaklia port project, also highlighted in Sec. Pompeo’s statement in his meeting with the Georgian PM. What is your opinion in this situation?

Robert Hamilton: The U.S. Embassy statement is clear: Georgia’s continued ability to attract Western investment depends upon the perception that its legal system is impartial and free of political influence.  In the last two decades Georgia has made incredible strides in fighting corruption and liberalizing its economy.  According to Transparency International, in that period it has moved from the bottom 17% to the top 25% in the world in terms of being corruption-free. Its economy, a shambles in the late 1990s, is now 6th in the world (out of 190 countries ranked) in terms of the ease of doing business.

A business friendly, corruption-free economy is an essential pre-requisite to Georgia joining the ranks of developed, high-income countries. As impressive as the gains that Georgia has made in these areas are, they are also fragile and reversible. This is why the U.S. has been so clear in its warnings on the dangers of a politicized legal system to Georgia’s economy. Any indication that the Georgian government is using the power of the state to punish its political enemies will cause Western capital to flee for safer and more predictable investment climates.