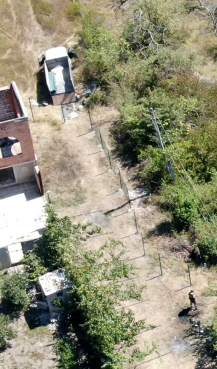 TBILISI, DFWatch–At least two families in Georgia were forced to leave their homes in a village near the Georgian-South Ossetian conflict line on Thursday.

The families left after Russian troops approached them and asked them to vacate their homes within 72 hours.

The village of Gugutiantkari belongs to Gori Municipality and is located 32 km north of the city.

On Wednesday, Tskhinvali resumed the installation of fencing in the village, a process dubbed by Georgia as “borderization” or “creeping occupation” and which has been condemned internationally.

One of the residents has started dismantling his house in order to move it to a safe place.

The villagers were told that after three days, they wouldn’t be allowed into the territory.

Many residents of Gugutiantkari say they feel unsafe and have asked the government to find new homes for them elsewhere.

Davit Katsarava, an activist resisting the borderization in the Georgian-South Ossetian conflict zone, published pictures and videos of the process of fencing through the village, filmed with a drone.

Russian-backed authorities of Tskhinvali carry out fencing all along the territory of the breakaway republic. The process includes installation of barbed wire and other border infrastructure. During and after the Soviet Union, the administrative boundary between Georgia proper and the South Ossetian Autonomous Oblast used to be purely nominal and existed only on paper. It runs through orchards and even the houses of locals.

The problem began a few years ago when Tskhinvali started the installation of fences along the boundary. Often it violates even boundaries imposed by the Soviets and encroaches on territory controlled by Georgian authorities.

The borderization commenced in Gugutiantkari on August 7, but after negotiations, Georgian officials declared that a provisional agreement was reached to stall the process. However on Wednesday it resumed again.