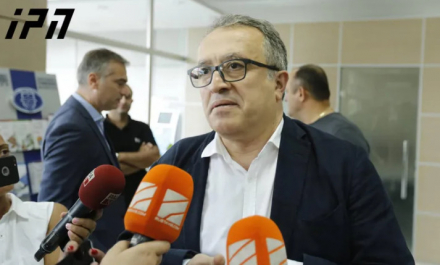 TBILISI, DFWatch–The new owner of Rustavi 2 is not planning to sell his shares. Instead, Kibar Shalvashi plans to develop Georgia’s largest opposition TV channel as a “critical and rigorous” outlet.

“I consider it my primary duty to put television freed from Saakashvili into public service and regain confidence, to be critical and rigorous, but at the same time, to maintain high professional and ethical standards,” he said in a statement released on Monday.

No one has expressed interest in buying the debt-ridden TV company, Khalvashi claims, thus leaving only two options to its owner, appeal for bankruptcy or try to rescue Rustavi 2.

“I have decided not to declare Rustavi 2 bankrupt, and this I will use all my resources and abilities to ensure this,” he says.

Khalvashi also insists that one of the reasons why the company has debts of up to 70 million lari is that its former director, Nika Gvaramia, “acted to the detriment of the company’s interests […] artificially reducing revenue and maximizing costs”.

“I will continue the legal dispute with the former Director General, who, as has become clear to everyone, was deliberately disrupting the channel, damaging its interests and using it only as a tool [on behalf of Saakashvili],” Khalvashi stated.