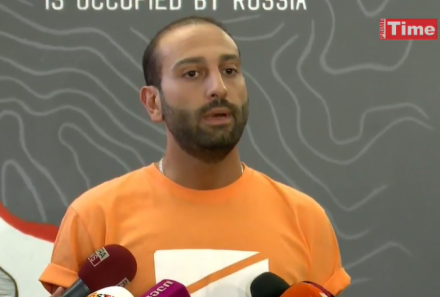 Former news chief Nodar Meladze was approached by a person close to Ivanishvili and offered a collaboration, but declined.

Paata Salia, Rustavi 2 owner Kibar Khalvashi’s former lawyer, said that all had been fired because their conduct and statements contradict Rustavi 2’s interests, as they feel themselves members of the team of Nika Gvaramia, the company’s former director. Salia also accused some of them of improper conduct with the company’s finances.

Rustavi 2’s journalists called the process a “purge”. Nodar Meladze said that two weeks after Kibar Khalvashi’s takeover, he was approached by a messenger of a person close to GD party leader Bidzina Ivanishvili and offered a collaboration, which he declined.

Salia offered Rustavi 2’s news staff to make a choice: either to stay with the channel or leave it.

Rustavi 2’s main news program Kurieri suspended its broadcasting while on air. One of the anchors, Diana Jojua, said that she can’t work on a channel which belongs to “Kremlins main stooge in the country”. Earlier, Rustavi 2’s director fired the news chief and all key journalists.