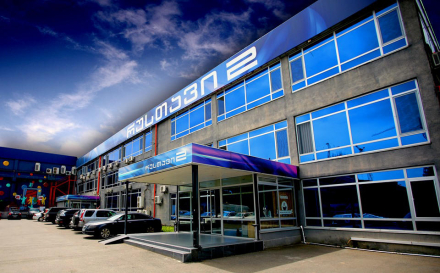 Backers of Rustavi 2 claim the dispute is aimed at silencing critical opposition media.

TBILISI, DFWatch–Georgia’s largest opposition TV channel Rustavi 2 will likely be taken over by an allegedly government-backed investor after losing  the final court battle over its ownership at the European Court of Human Rights.

In Thursday’s judgment, the court held that there had been no violation of Article 6 § 1 of the European Convention on Human Rights, which guarantees the right to a fair trial by an independent and impartial tribunal.

“The Court found in particular that all but one of the allegations of bias had either been unsubstantiated or unconvincing. The involvement of Rustavi 2’s Director General in disciplinary proceedings against the President of the Supreme Court some years previously, leading to her dismissal from her judicial post at the time, had raised an arguable claim of a lack of impartiality,” the judgment reads (PDF, 157kb).

The Strasbourg-based court unanimously rejected as inadmissible […] complaints brought by [Rustavi 2] including in particular their allegations that the proceedings had been a state-led campaign to silence the television channel,” the court decided.

Hence, the court unanimously judged “to lift the interim measure under Rule 39 of its Rules of Court indicating to the Georgian Government that it should among other things suspend enforcement of the decision of March 2017.”

Earlier, Rustavi 2 lost in all three instances of Georgia’s justice system defending against a takeover by businessman Kibar Khalvashi, including in the Supreme Court. The broadcaster’s management and opposition politicians have argued that the litigation against Rustavi 2 was inspired and sponsored by the government and personally by billionaire and former PM Bidzina Ivanishvili in order to silence the TV channel.