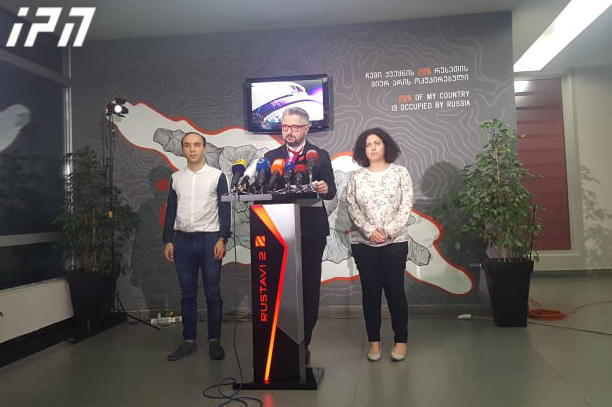 TBILISI, DFWatch–The director of Georgia main opposition TV company said Monday that the government has launched a new attack against it, and claimed the goal is to kill its editorial policy.

Rustavi 2 director Nika Gvaramia also accused billionaire Bidzina Ivanishvili of personal involvement in a new lawsuit filed by one of the company’s shareholders, demanding compensation in the amount of about 26 million lari (USD 9.6 million).

Rustavi 2 will likely lose the lawsuit, which will take place in courts entirely taken over by Bidzina Ivanishvili, Gvaramia said.

“[Ivanishvili’s] goal is to change Rustavi 2’s editorial policy,” Gvaramia said. “The lawsuit has no legal grounds. Its only purpose is for the government to have a formal ground to impose an external management on Rustavi 2, and kill its editorial policy.”

Rustavi 2 is sued by Nino Nizharadze, the widow of the channel’s late director general, Gogi Gegeshidze. Nizharadze holds 9 percent of shares in the company.

She flatly rejects Gvaramia’s statements and claims that the company management has constantly misled her. She also denies any political grounds of her suit and threatens to sue him for slander.