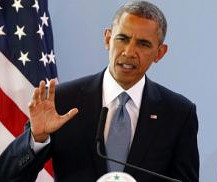 TBILISI, DFWatch–At the Warsaw summit last weekend, NATO agreed to strengthen its cooperation with Georgia to bolster its defense capabilities.

In a joint statement signed by foreign ministers of member countries as well as Georgia, the countries write that they decided on ‘new steps to intensify cooperation to help strengthen Georgia’s defense capabilities, interoperability and resilience capabilities.’

These initiatives include increased support for Georgia’s training and education, including through a possible trust fund project, and strategic communications. NATO will provide support to the development of Georgia’s air defence and air surveillance. NATO is implementing bilateral programmes to enhance Georgia’s self-defence and resilience.

Signatories of the statement also reaffirmed the decision taken at the 2008 Bucharest Summit that Georgia would become a member of  Alliance. However, the document doesn’t specify any timeframes for the accession process.

Polish foreign minister Witold Waszczykowski reaffirmed Poland’s support to granting Georgia full membership: “We will be arguing for Georgia to become a NATO member as soon as possible, because this has been the policy of all Polish governments for many, many years.”

U.S. President Barack Obama briefly mentioned Georgia during a press conference after the summit, while addressing the issue of supporting NATO’s partners in strengthening their defense capacity:

“We’re bolstering our efforts on NATO’s southern flank.  The alliance will increase our support to EU naval operations in the Mediterranean to stop arms traffickers and go after criminals that are exploiting desperate migrants.  And we’re going to do more to help partners from North Africa to the Middle East to Georgia strengthen their own defense capacity.”

Russia has made it clear that it will not accept a Georgian NATO membership, and has accused NATO of ratcheting up tension in the region by opening a training center in Georgia and holding a large military exercise there last May with soldiers from the U.S. and U.K.. President Giorgi Margvelashvili rejected this viewpoint.

“Georgia is not a threat to Russia. Georgia’s cooperation with NATO is not directed against anyone, this cooperation is aimed at ensuring stability in the region, to ensure that the southern border of Russia is more stable. Tbilisi was in favour of good relations with the Russian Federation on the basis of the territorial integrity of Georgia within the internationally recognised borders of our country,” president Margvelashvili said.

“We have recognized the progress Georgia is making on its path to membership. We also clearly reaffirm the Bucharest Summit decisions. We are also making strong messages about territorial integrity and sovereignty. That is one reason why we’ve implemented various elements in the substantial package. We will continue strong political and practical support for Georgia. I will pay a visit to Georgia in the fall together with the North Atlantic Council and it will be another example of NATO’s strong support for Georgia’s territorial integrity and reforms,” Stoltenberg said.