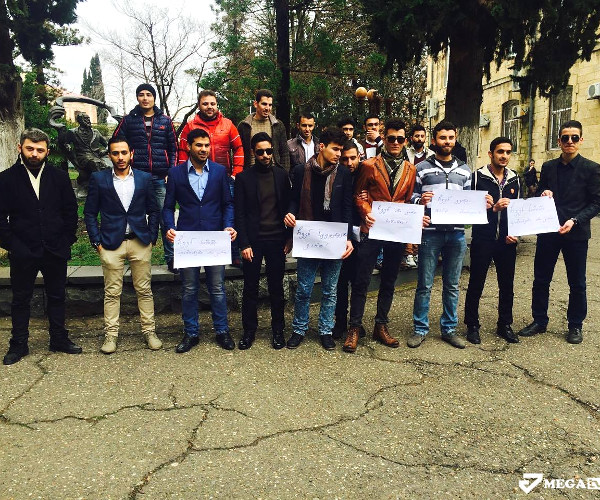 TBILISI, DFWatch–A group of Iraqi students protested in Kutaisi on Monday after having their residency permits revoked.

The protest at Akaki Tsereteli State University involved up to ten Iraqi students, who asked the university to help them after the Ministry of Justice revoked their residency permits.

They received notices from the Justice Ministry on December 25. Mustapa Karakuli told journalists that they were not told the reason for the decision.

“They only told us that it is dangerous that we are in Georgia. We never had any problems, even a fine, anything which could become reason to revoke our permits,” he said.

“We are not dangerous. We will launch protest from now on. We won’t attend lectures until the university helps us.”

Students also said that the administration assisted four Iraqi students, who got their residency permit prolonged.

Deputy rector at ATSU Shalva Kirtadze said the university did everything to help the students.

“We gave the relevant bodies assessment of students and documents describing their education,” he said.

The procedures were the same for protesting students as for the four who got their permits prolonged, Kirtadze added.

“We are on the third course right now and if we hadn’t been dangerous before, why did we become so now? This is absurd,” another student told Kutaisi Post.