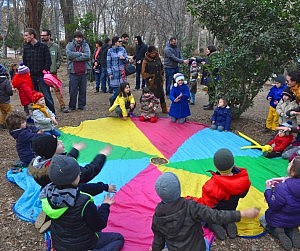 TBILISI, DFWatch–On Wednesday, after a two-year-long legal dispute, Tbilisi City Court revoked the construction permit for Budapest Hotel, which is planned to be built in Vake Park in Tbilisi, journal Liberali  reported.

Several other lawsuits were also been filed in early 2014. For the last two years, activists have been trying to halt the construction of the hotel. The decision to allow construction of a hotel in a public space by a private company sparked rallies in front of Tbilisi City Hall and protests in Vake Park itself, with activists occupying the park day and night.