Georgian sentenced to 13 years for killing a transgender woman

Georgian sentenced to 13 years for killing a transgender woman 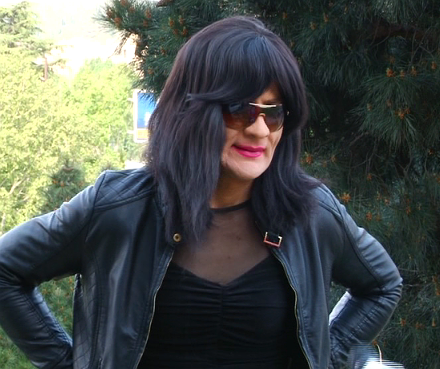 TBILISI, DFWatch–A Georgian man has been sentenced to 13 years in prison for stabbing and killing a transgender woman acquaintance in Tbilisi last year.

Tbilisi City Court decided to sentence 31 year-old Giorgi Murjikneli to 10 years in jail for  viciously attacking and cutting the throat of 32-year-old Zizi Shekiladze with a knife on October 14, 2016.

She died on November 22, after several weeks in a coma.

Three years have been added to his sentence because in the moment of the crime he was on probation for three years for committing another crime.

There was no mention of hate crime in the court protocols. According to the ruling, the victim and the perpetrator had known each other since 2001 when they served a prison term together. The short press release includes a picture of the appalling crime.

According to Tbilisi City Court, the victim and the perpetrator “had had a drunken conversation, when in response to [Zizi Shekiladze’s] aggressive behavior, the accused hit [her] with a concrete slab and slit her throat with a kitchen knife several times. In order to complete his crime, the accused again hit the victim with a concrete slab and disappeared from the scene.”

There is no official statistics about the number of crimes in Georgia motivated by sexual orientation or gender identity. According to the Women’s Initiatives Supporting Group (WISG), a feminist organisation working on women’s issues, there were documented more than twenty attacks on transgenders in 2016.

The most high-profile of the murders happened in 2014, when transgender woman Sabi Beriani was stabbed to death and her flat set on fire, but the murder suspect was found not guilty of the murder charges and received only a brief prison term for robbery of the victim’s flat.

In early 2016, another transgender woman, Bianka Shigurova, was discovered dead in her apartment.