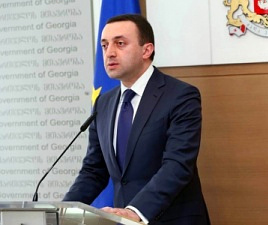 There will be no more replacements, he added.

A third of the ministers have now been changed since last vote of confidence, in summer of 2014, which means that the government must ask parliament for renewed trust.

The process began with the firing of Irakli Alasania as defense minister in November, 2014. This was followed by the resignation of two of his party fellows. The interior minister resigned in January. Then, over the past week, there was a series of resignations: first the regional development minister, then the environment minster and now the sports minister.

On Wednesday, Irakli Garibashvili said at a briefing that the changes are ‘natural’.

“In a dynamic situation, the government must be adequate to the unfolding events,” he said, and explained that the Georgian Dream coalition has a common goal which unites it, and that is the development of the country.

“I will present the new government to parliament, but we will only have new ministers for sport and environmental protection.”

He called on the president and parliament to speed up the process of holding a confidence vote as there are important upcoming events, like a meeting with EBRD and the EU’s Eastern Partnership summit in Riga.