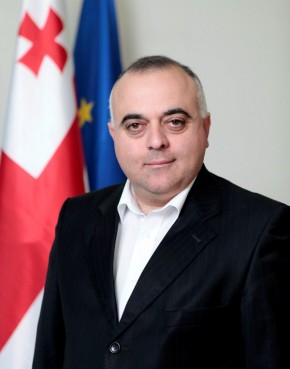 TBILISI, DFWatch–Seventh minister of Irakli Garibashvili government left on Wednesday that means the PM have to seek approval of the entire cabinet from the parliament.

Levan Kipiani, Minister of Sport and Youth Affairs, announced his resignation at a press conference on Wednesday at noon, while at 3 pm Tbilisi time, press conference of the prime minister is to be held to clarify the situation regarding the new government.

Levan Kipiani resigned amid a bitter showdown with the parliamentary committee of sports and youth affairs staffed by the former prominent sportsmen with an immense sway on the policies of the ruling Georgian Dream coalition.

During the press conference Kipiani didn’t speak much about the details of his conflict with the parliamentarians.

“I acknowledge that after my resignation government will require declaration of confidence from the parliament, but I am sure they will get the confidence,” he said.

The Georgian government consists of 19 ministers  and a prime minister. The Constitution requires  a confidence vote in the parliament on entire cabinet if one third of the ministers are replaced.

Now president has to introduce the list of candidates of the new government to parliament, while candidate of the PM is introduced by the parliamentary majority.

Parliament has seven days to consider list of candidates and make decision.