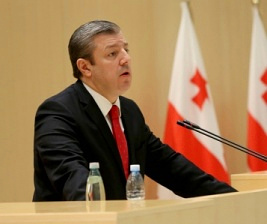 TBILISI, DFWatch–The Georgian parliament approved the new government on Tuesday by 86 votes against 28.

Both the two largest opposition parties voted against the government; the National Movement, which was in power from 2004 to 2012, and the Free Democrats, a spin-off from the Georgian Dream coalition after a split in November, 2014. 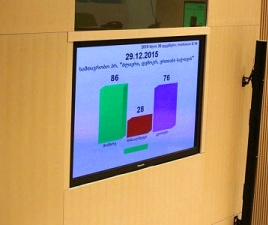 Only 114 out of the 150 members of parliament were registered as present during the vote, which took place at about 00:15. All those who were present voted.

Speaker Davit Usupashvili signed the protocol and declared that it will be delivered to the president, who will appoint the new prime minister.

Irakli Garibashvili resigned as PM a week ago, thereby rescinding the authorization of the government. The parliamentary majority nominated Giorgi Kvirikashvili, the former foreign minister, as his successor.

Kvirikashvili left the cabinet intact, apart from appointing his first deputy as foreign minister, but did not rule out staff changes in the near future.