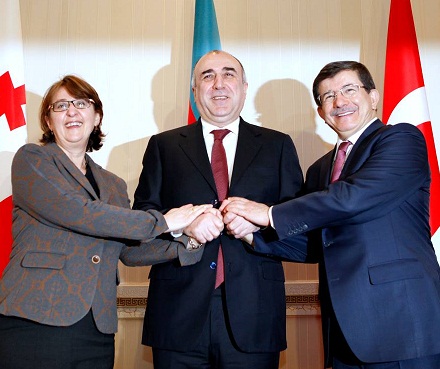 Georgian Foreign Minister Maia Panjikidze said they talked about the 2013-15 action plan, which describes political dialogue, and cooperation in different fields among the three countries.

She said the meeting specifically dealt with important economic projects that unite the countries.

This was the third meeting between foreign ministers of the three countries.

Also on Wednesday, the foreign ministers attended the opening of a new Georgian consulate in Ganja, which the Georgian representatives said will contribute to the development of bilateral relations in the humanitarian, cultural and economic fields and be good for citizens who are unable to go to Baku for their consular issues.