Georgia cracks down on another Gulen-linked private school

Georgia cracks down on another Gulen-linked private school 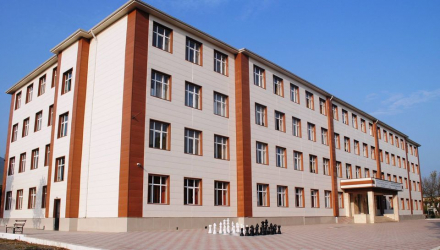 The school named after Shota Rustaveli is located in Rustavi, about 20 km east from Tbilisi and is regarded by locals as one of the best in the city and its vicinity. The ministry revoked its license in May on technical reasons. However, as many believe in Georgia, the real reason behind this decision was political and is related to the long-time feud between former close allies, President Erdogan and Fethullah Gulen.

The school was a part of the Caglar Education Institutions, which includes several private schools throughout the country and Black Sea International University in Tbilisi. Many of its students are ethnic Azerbaijanis. Their parents choose this school for its efficiency in teaching Georgian language. The state language knowledge is a serious problem among Georgia’s ethnic minorities.

“It wouldn‘t be the first time that an international school in Georgia with good reputation among students&parents loses its license but Georgian Ministry of Education doesn‘t give any concrete reasons,” wrote German MEP Rebecca Harms in her tweet Sunday.

“My concern is that the Georgian government has been influenced by Turkish government which may undermine Georgia’s democratic developments,” claims Tuba Cabuk whose spouse, a manager at Demirel College, another Gulen-linked educational institution, was arrested and spent months in prison awaiting deportation to Turkey but later released amid mounting pressure on Georgian government.

In 2018 Black Sea International University was prohibited from enrolling students for one year, which affected hundreds of students who had chosen to study at IBSU.

In 2017 the government revoked license of Sahin Friendship School, which had been regarded as one of the best private schools in Adjara.

Following the coup attempt in Turkey in July 2016, Ankara asked all states to close down schools associated with Gulen, who is accused of masterminding the coup.

Gulen-associated schools were taken over in Azerbaijan; a country with strong ties with Turkey. Also Tajikistan shut down its own Gulen schools last year. The same fate has been shared by similar institutions in several African countries.