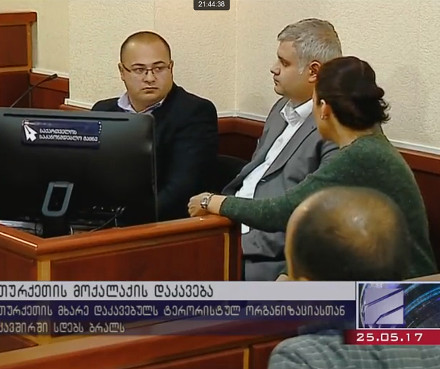 TBILISI, DFWatch–Georgia has detained a manager of a private school in what appears to be a case of pressure exerted by Turkey on Georgian authorities to crack down on institutions associated with the exiled preacher Fethullah Gülen.

A court in Tbilisi placed him in three months pre-extradition custody while authorities try to decide whether to extradite him to Turkey where he will face indictment for “terrorism”.

The timing of Cabuk’s arrest – just a day after a visit of Turkish PM Binali Yıldırım to Georgia – strengthened the suspicion that there were some sort of political implications.

Cabuk has lived in Tbilisi, Georgia for the last 15 years.

“My self-esteem has affected most by accusations of membership in the terrorist organization. These tears come because they badly touch my self-esteem. I’ve not had even a small knife in my life,” he said in an emotional appeal in the courtroom.

“Unfortunately, there is no justice in Turkey and therefore I ask not to extradite me,” he said.

Georgian authorities seemingly bowed to Ankara’s claims in February as well when authorities suspended the accreditation of a private school with links to Gülen in Batumi.