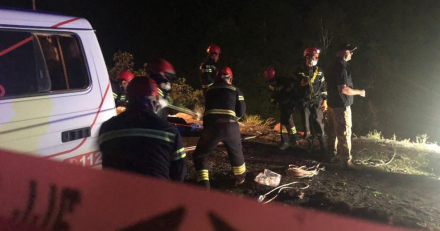 Georgia marks August 25 as a day of mourning for victims of deadly crash on the road to Khevsureti. Out of 20 people on board of minibus, 17 died and three others, all women, are currently in the critical condition.

The tragedy occurred on the mountainous road leading to the ancient fortress of Shatili, Khevsureti’s popular tourist attraction. Reportedly the minibus veered off the road and fell into a ravine from a height of 80 meters on Sunday.

The exact circumstances of the crash aren’t known so far. The police have launched investigation into the case. The owner and staff of the tourist agency which operated the minibus were summoned for questioning at night, reportedly for identification of victims.