Coffey: Trump’s finally come to the realization that Russia is not partner for U.S.

Coffey: Trump’s finally come to the realization that Russia is not partner for U.S. 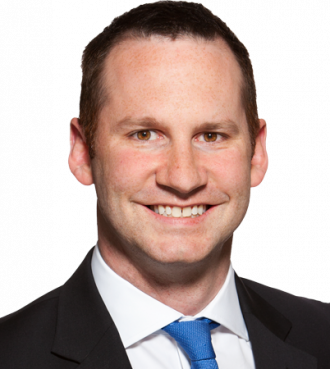 – Tell us what transatlantic relations are going to be like following President Trump’s visit to Brussels?

– I’m cautiously optimistic, like everyone else who follows transatlantic security issues. I was concerned during the campaign of things that were being said, things that I heard, but we’ve seen President Trump since coming to the office moderate some of his views, evolve on some of his views. And I think it’s because he has this big responsibility of being commander-in-chief of the United States. He has more access to information. He’s more responsible for consequences now as President. So, he’s started I think to shift some of his rhetoric from campaign Donald Trump to President Donald Trump. And I think this visit to Brussels can only be a positive influence on him really.

– Do you think European leaders will find some degree of reassurance after meeting personally with President Trump considering his past comments on NATO, EU? Despite the President’s shifted stance on NATO, we still have not heard his condemnation of Russian aggression in Ukraine, or his commitment to article five.

– I think many European leaders will be reassured. I really do. And actually I slightly disagree on the latter part of your question.

I do think he’s made it clear that sanctions are going to remain in place as long as Russian troops illegally occupy Crimea and don’t fulfill Minsk agreements. And I do think that he’s come to the realization finally that Russia is not the partner for the United States.

He did not find this out because of Ukraine, or Eastern Europe. He discovered this because of Syria. And I think the events in Syria over the past month or so with the use of chemical weapons and Russia’s response to that, or lack of response to that really brought home to President Trump that as long as Putin is in power Russia cannot be a partner for the United States.

Trump in my opinion has said other right things so far about NATO. He’s said some things about certain European countries owing America money, because they are not spending enough on defense. This is ridiculous. No one owes us money. That’s not how it works inside NATO.

But putting aside some of these comments, he’s said right things about importance of NATO, the threats NATO faces. Sometimes I think that in Washington, DC, they are so divided politically, and political debate is so toxic that even if Donald Trump put on a helmet and grabbed a rifle and went to Estonia himself, people would still say: oh, he does not support NATO.

– What role do you think should NATO play in fighting ISIS in Iraq and Syria?

These are things that national governments have. SO, while the members of NATO need to play a role in fighting terrorism, NATO as an institution should not be living to suffer. NATO as an institution should really go back to its founding mission, which is to defend the territorial integrity of its member states, not to get involved in counter terrorism operations in northern Syria.

– Georgia is hosting a NATO parliamentary assembly session that is very rare for a non-NATO member country. What does this mean for a country that is striving to join the alliance?

– I think it send an important signal. The timing is perfect, because there has been a lot of criticism, to my understanding, in Georgia, there’s a lot of concern and criticism that at this NATO meeting happening today there’s not Georgia-NATO commission meeting, or that Georgia’s not on the agenda.

It’s because people are confusing this meeting today with a summit. We are not having a summit today. We are having a meeting of heads of states and governments which is common after there’s a new President elected. So, it’s nothing against Georgia. It is not a swipe, or hit against Georgia. It’s just a meeting. So, I think having this visit of a NATO parliamentary assembly soon after this NATO meeting sends a right message that NATO as an alliance is committed to closer relationship with Georgia, that one day means full membership.

– How would you sum up NATO-Georgia relations and what are next likely steps?

– The relationship is very close and the Georgians should be very proud of all they have done to get this close to NATO without becoming a member. I understand how a Georgian soldier, a Georgian member of public could be very frustrated by what is perceived to be a lack of progress towards membership.

It is very easy for me to do this, but I only ask that Georgian people remain patient and continue down the path, because eventually you are going to get there. If you look at the situation in early 1990s the idea that Estonia, Poland, Hungary would be joining NATO just 10-15 years later was ridiculous. No one would believe this. And I definitely think that Georgia’s future is in the Euro-Atlantic community. The Georgian people have proven this; success of Georgian governments have committed to this. And it’s going to take a bit of time, but eventually I think Georgia will get there.

– And the last question about a recent discussion on U.S. administration’s South Caucasus challenges and opportunities. What is it that the administration should worry about?

– The administration needs to start to see the South Caucasus as an important part of a grand strategy for the United States in terms of how we deal with many of our competitors and our adversaries. For example, Russia, Iran and China they are all very active in the region, but the U.S. has taken a back seat approach. And I think there are many in the region, who are looking for the U.S. leadership.

Also I think that if the U.S. is more involved, it could help secure our national interests as well. In terms of the specific challenges and opportunities, the challenge especially in a country like Georgia, is the Russian meddling and the Russian influence, the fact that Russia continues to occupy 20% of your country.