“Zurabishvili and the GD should be worried”: American analysts speak on Georgian elections

“Zurabishvili and the GD should be worried”: American analysts speak on Georgian elections 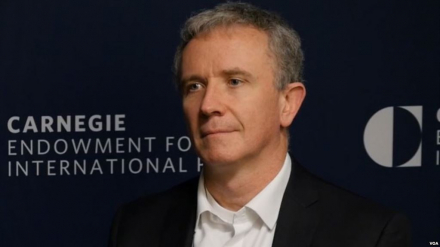 Voice of America’s Anna Kalandadze discussed aftermath and fallout of the first round of presidential elections in Georgia with leading Eurasia analysts in Washington. Anna Kalandadze is VOA Georgian chief and can be followed on twitter @anavoa.

VOA: Latest Presidential elections were marred by dozens of procedural irregularities, inappropriate media coverage, inadequate electoral environment, public polarization, and rhetoric against NGO’s, etc.  However international observers deemed these elections as professionally administered, that raises a bar for Georgia in the future, as a democratic leader in the region.

Paul Stronski, Carnegie Endowment for International Peace: Elections are always marred by at least some procedural irregularities and public polarization is by far the norm across Europe these days, sadly. So, I don’t think Georgia is necessarily an outlier in Europe or the West overall.  Parts of this race was ugly and that is unfortunately. But, what matters about procedural irregularities and uneven playing fields are when they drastically change the outcome. And, I’m not sure they did in this case. What is remarkable is that Georgian Dream-backed candidate Salome Zurabishvili had a very bad showing in that race, much worse than many expected, while the opposition did quite well. Together, the opposition by far out-polled Zurabishvili. If it remains united, it is poised to have another very good showing in the runoff. Zurabishvili and the Georgian Dream should be worried.

A Grigol Vashadze/UNM win in the runoff would certainly be a high point in Georgia’s democratic trajectory. Generally, I don’t think democracies are really consolidated until they have had at least two peaceful changes of political party in power at the ballot box. Georgia had one, when UNM was defeated in the 2012 election and gave up power.  It needs another to highlight its democratic achievements. If UNM retakes the presidency, it may indicate that Georgia is moving in that direction

VOA: What are the main takeaways after the first round and how should government, opposition, civil society approach the lead-up before runoff?

Paul Stronski: Salome Zurabishvili proved to be a weak candidate. She made numerous gaffes and repeated unforced errors throughout the campaign that made it difficult for her to connect with voters. At times, she also seemed defensive on the campaign trail. Her war chest and the backing of Ivanishvili proved inadequate both to win the presidency and even to distinguish herself from the opposition in the polls. She and second place finisher Grigol Vashadze were separated by less than 1%. In some ways, her disappointing electoral result reminds me of Hillary Clinton’s loss in the US 2016 presidential election.  Both candidates made unfortunate mistakes in their campaigns, proved weaker than expected, and failed to realize that the political elite support they enjoyed did not necessarily translate into broader electoral support. Both had unpleasant election night surprises.

UNM had a good strategy of putting forward a candidate who is well respected and known from years of government service. Given Zurabishvili’s weaknesses, he came across as a steadier choice. I have hopes that he will be able to move UNM beyond the controversies of the Saakashvili era. For far too long, Georgia has been dominated by two political personalities who just don’t want to leave the political scene. The weaker candidate, Zurabishvili appeared too dependent on Ivanishvili, while Vashadze proved to be a stronger candidate in his own right.

Zurabishvili did not have the public support that she and Ivanishvili presumably hoped she would enjoy.  I think there were probably stronger candidates from within in the Georgian Dream, so am perplexed by why GD failed to run them. But, it might not really matter. The Georgian Presidency is increasingly a symbolic position. So, the president will have a bully pulpit to be a constraining check, but I’m not sure how much of a constraining factor it will have beyond that.

VOA: Elections aside, what should the government of a new, young, democratizing and yet, a struggling state do to meet its obligations and lead its people toward a more brighter future?

Paul Stronski: The best thing that Georgia can do is have a good election that leads to a peaceful transition of power from one party to another. The next thing Georgia needs is to pass leadership on to the rising generation. It is not good for a democracy when  politicians of the past continue to try to exert power over their party or government when they are no longer in office. But, Georgia seems to be stuck in this rut, and both sides seem to use ugly mudslinging against their opponents as opposed to rolling up their sleeves and figuring out how to solve the country’s socio-economic problems—which should be prime agenda item of the government. Both Saakashvili and Ivanishvili played important roles in the country’s gradual transition towards democracy. Now the country needs to move beyond both men. There are plenty of people who can lead Georgia. For the past fifteen years, Georgia has invested in its people, creating a very talented cadre of well-educated, globally engaged, and capable citizens.  It is time to let this group of talented people do so, no matter whether they are in the civil service, professional politics, academia or NGO sector. 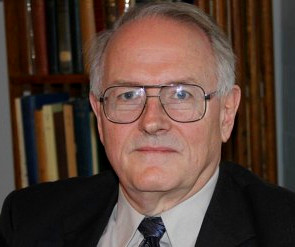 VOA: What should Georgia double down on, as a country, to solidify its Euro-Atlantic aspirations/accomplishments?

Paul Goble, Eurasia analyst: Georgia made real progress with these elections. The next step to being taken into NATO and the EU is to improve laws and show transparency in all things. I’d also suggest a beefing up of Georgia’s diplomatic presence in key countries.

VOA: What are the main takeaways after the first round and how should government,  opposition, civil society approach the lead-up before runoff?

Paul Goble: Georgians, it seems to me, wanted a new face and that explains the attractiveness of Zurabishvili to the ruling party and to the country. Also, her life in France and the West means she speaks French and English flawlessly and that will help. I think the Georgian Dream is looking to make a big breakthrough to the West in the next few years. She will help Tbilisi achieve that.

VOA: What’s the underlying tone that is set by Georgian leaders-be it during elections, before or after? We all remember tarnishing of media outlets, singling-out opposition-minded journalists or NGO leaders as “fascists or ineffective”. What was your reaction throughout these comments and the campaign?

Paul Goble: Tragically, Georgia did not avoid falling into the trap of the increasingly ugly populism of most elections in most countries these days. The new president and parliament must work hard to come up with real programs and educate the population that quick populist solutions are counter-productive and will  play into the hands of Georgia’s enemies and opponents, including Russia. Better social programs, enhanced social mobility and a reduction in corruption will all help.