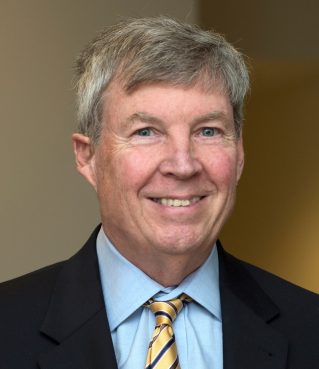 William Courtney, former US Ambassador to Georgia told Voice of America’s Anna Kalandadze that “President Putin’s August 8 visit underlined Moscow’s apparent determination to retain control of Abkhazia despite the costs to Russia’s international reputation. But the Kremlin may be frustrated that the independent-minded Abkhaz people seek to retain a separate identity for Abkhazia.”

This and other topics were discussed in a written interview with the Ambassador. You can view the full interview below that was exclusively provided to DFWatch.net.

Voice of America: What are the implications of Georgia-Russia war for the European security architecture, or did it have any impact on the ensuing events in Europe, and Russia’s aggression, for example in Ukraine?

William Courtney: The weak Western response to Russia’s invasion of Georgia may have encouraged the Kremlin in 2014 to think that aggression against Ukraine would lead only to a modest response. This proved to be the case with Crimea, where the seizure was bloodless, but not so for Russia’s war in eastern Ukraine, which met military resistance and where large numbers of people have been killed.

Russia’s aggression in Georgia and Ukraine has ended any prospect that Moscow could persuade the West to renegotiate broader European security arrangements. The West believes that the UN Charter, the 1990 Charter of Paris, and the OSCE, to which all European and Eurasian countries belong, provides the correct principles for Europe’s security architecture. They do not include the right to use coercion against neighbors in pursuit of the ‘privileged interests’ that the Kremlin claims it has in nearby countries.

VoA: How did this conflict reinvigorate Georgia’s behavior on an international arena and how strongly is it defending its interests in the world today?

William Courtney: Following the 2008 war, Georgia gained increased international support as a victim of Russian aggression. Because Georgia shelled Tskhinvali at the outset of the war, however, these gains have been more limited than they would have been if the shelling had not taken place. In recent years, the international community has credited Georgia for restraint in its public comments about Russia and for pursuing economic cooperation with it. The previous Georgian government often provoked Russians through intemperate public remarks.

VoA: What lies in the future for Russia-Georgia relations?

William Courtney: This is hard to predict. Much depends on the evolution of politics in Russia, and the extent to which its leaders seek to maintain domestic political support by stoking nationalist sentiments through criticism or intimidation of neighbors.

VoA: How would you comment on Pres. Putin’s aggressive posture and his latest visit to Abkhazia on august 8?

William Courtney: President Putin’s August 8 visit underlined Moscow’s apparent determination to retain control of Abkhazia despite the costs to Russia’s international reputation. But the Kremlin may be frustrated that the independent-minded Abkhaz people seek to retain a separate identity for Abkhazia. Were it not for this, Russia might seek to annex Abkhazia as it has Crimea.

VoA: What’s your vision for Georgia’s membership into NATO and EU, in other words how would you assess the Georgian integration efforts?

William Courtney: Georgia still needs to make economic and governance reforms before it can meet membership standards for the EU or NATO. According to World Bank data, based on purchasing power parity, Georgia’s per capita in 2016 was $10,000, versus $19,199 for Bulgaria, perhaps the poorest member of the EU. Further improvement in the rule of law will be important. In its 2016 ranking, the World Justice Project ranks Georgia in 34th place out of 113 countries. This is above several EU countries (Italy, Croatia, Hungary), but a stronger showing would help Georgia. So, too, would reductions in corruption. According to the 2016 Corruption Perceptions Index of Transparency International, Georgia is in 44th place out of 176 countries.

VoA: Lastly, how can you describe US-Georgia relations and what can Washington do to help Georgia stop Russian aggression?

William Courtney: US-Georgian relations are excellent, and the US ambassador in Georgia, Ian Kelly, is outstanding. By accelerating reforms at home and continuing efforts to achieve pragmatic cooperation with Russia, such as economic and travel, Georgia can strengthen its international support. The best way for the West to deter further aggression against Georgia is to maintain strong, united opposition to Russia’s simmering war against eastern Ukraine.