The State’s Role in the May 17 Incident

The State’s Role in the May 17 Incident 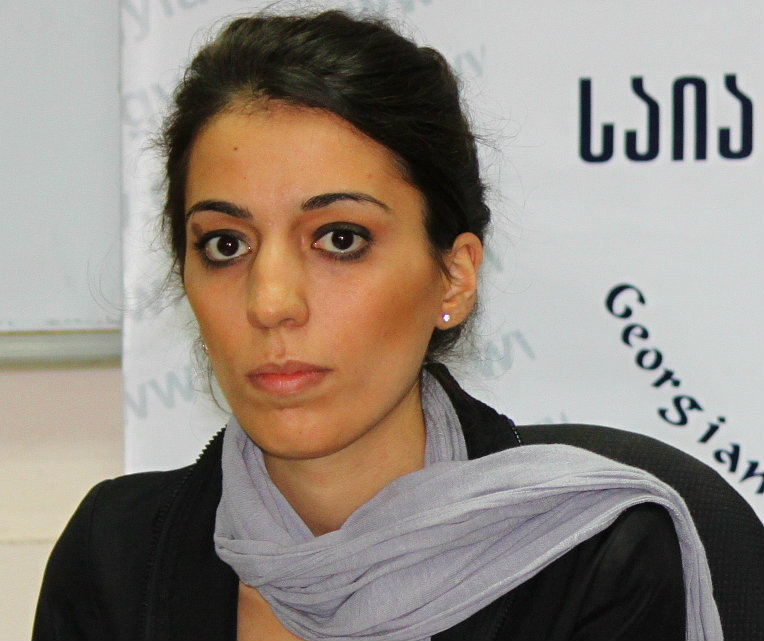 The May 17 incident and its subsequent developments should be discussed in two paradigms: the legal and the socio-cultural. The legal aspect relates to the state, whereas the socio-cultural is linked to society, in particular the existing social and cultural structures. The May 17 developments illustrated that the collective consciousness of a majority of our society is irrational and is under the influence of religious ideology. It is far from the faith according to which human freedom and solidarity are key values of a society. Such kind of irrational manifestation of public consciousness makes even stronger the state’s discourse as implementer of liberal and modern values, and transfers the expectations of social development into heteronomous space. This is an alarming trend.

The problems linked to the May 17 developments extend far beyond the discrimination and stigmatization of LGBT individuals. The May 17 incident demonstrated a conflict of powers, which previously existed in latent forms. Recent developments revealed that the clergy not only occupies public space and indoctrinates it, but the clergy is also ready to enter into conflict with the goods ensured by the Constitution, to violate its order and in this way, to confront the state, which should serve as a guarantee for the protection of human rights and freedoms. In view of the scope of the church’s influence over society and taking into account frequently irrational, ideological nature of church’s power, the attempt by the clergy to occupy the public space requires an adequate reaction. In this regard, it is important to reinforce the secular framework and to draw a distinct line between the church and the state. This requires the revision of state policy concerning religious issues.

The most influential tool of state response for the rehabilitation of the constitutional order was the punishment of offenders, including clergy, which was implemented by the state authorities only partially. The process should continue. Investigations should reveal all individuals who violated legislative frames and harmed other persons’ health, security and dignity.

The main legal questions of the May 17 developments revolve around the fulfillment of the state’s obligation to ensure the freedom of assembly for LGBT activists. A number of key questions arise from this: was the state able to curb the great mass of counterdemonstrators and to ensure safe conduct of the rally on AIDAHO day? Was the protection and security of LGBT activists provided by the state the maximum it could afford in view of the challenges faced by the police, including the great number of counterdemonstrators and their uncontrolled conduct; and would the request of additional obligations be an unrealistic burden on the state?

In my opinion, the state failed to fulfill its positive obligation in terms of ensuring the right to assembly. I submit the following as support:

1. The state could have foreseen the great number of counterdemonstrators and their dangerous rhetoric prior to the rally and in the morning of the incident on May 17. The state should have predicted from the beginning that their security measures might have been useless for holding back a large crowd of counterdemonstrators. The state’s readiness fell short in even symbolic measures of protection to manage the counterdemonstrators’ conduct. The police on the scene were not sufficiently equipped. The state assured organizers of LGBT rally a safe environment, which did not correspond with the implemented security strategy;

3. On May 17, the state failed to arrange with rally organizers a secondary, safer environment in a reasonably acceptable area.

Furthermore, the state failed to ensure other individuals’ security after moving the main participants of the LGBT rally from the scene. Even though a number of policemen demonstrated significant effort in protecting other individuals’ human rights, in general, it was evident that the police had no plan for controlling and managing the crowd of counterdemonstrators in Tbilisi’s streets. As a result, individual cases of violence and retribution occurred throughout the capital (e.g. incidents at the Vachnadze street, the Populi incident).

In addition, following the May 17 developments, violence and persecution of LGBT individuals increased. The Public Defender’s Office and NGOs have reported more than 30 such cases. LGBT individuals fail to appeal to law enforcement representatives because mistrust of the police and out of fear of the risk to their family. This complicates the documentation of such violence. In response to all of the above, the state must:

1. Adopt effective prevention measures for protecting at-risk individuals, including the establishment of a special patrolling and investigative group for protecting LGBT rights. The group will work on prevention and investigation of offences committed against LGBT rights groups and will coordinate other related measures. In view of the mistrust of the police by the LGBT community, the establishment of a task force that will be sensitive to and trained on LGBT issues will promote effective protection of their rights.

2. Establish a special shelter for homeless victims of violence because of their sexual orientation or gender identity.

3. Apply effectively Article 53 (3 1) of the Criminal Code of Georgia, which recognizes intolerance for sexual orientation and gender identity as an aggravating circumstance in a case.

4. Conduct mandatory police sensitivity trainings on LGBT rights and issues designed to decrease the frequent homophobic conduct and rhetoric by the police.

The May 17 developments provided significant lessons to the state, as well as the public. They require adequate understanding and response. The solution to these problems requires a systemic approach and joint efforts should be directed in that regard.