Still no answer to Georgia’s request to Azerbaijan regarding Saakashvili

Still no answer to Georgia’s request to Azerbaijan regarding Saakashvili 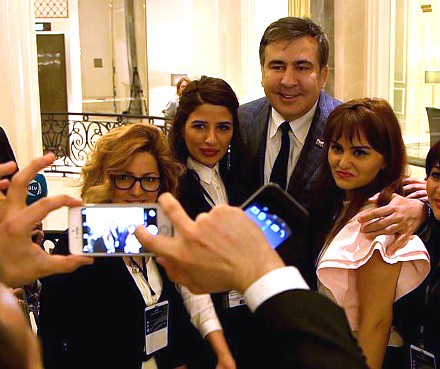 Last week, Saakashvili visited Baku to participate in a political forum, and while there, met with President Aliyev.

Azerbaijani media reported that Georgia’s Prosecutor General’s Office had asked Azerbaijan do detain Saakashvili, but that the request was rejected. It was only after these media reports that the chief Georgian prosecutor confirmed there had been made such a request, but the statement said no answer had been received.

The Ministry of Foreign Affairs of Georgia also said to DFWatch that it didn’t plan to make a statement on this issue.

It is not clear if the office is planning to pursue the matter, now that it seems their request is being ignored by a country with which Georgia has friendly relations. Usually when one state asks the other to detain a certain person, either the request is carried out, or a proper explanation is given.

Saakashvili is now an adviser to the president of Ukraine, which was his formal role at the Baku conference. Georgia has asked Ukraine to extradite him, but he is not wanted through Interpol.

Several other states have rejected Georgia’s extradition requests for former officials, most recently former counterintelligence chief Data Akhalaia, who is in Greece. Interpol has a red alert out calling for his apprehension.