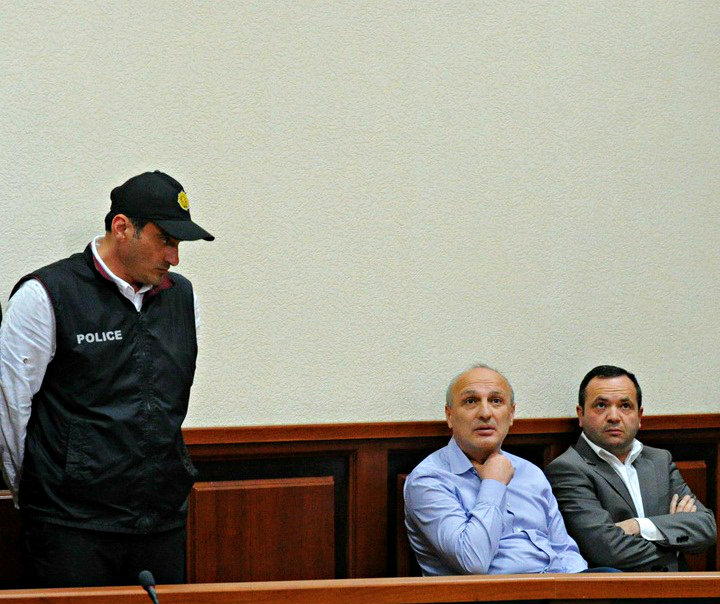 TBILISI, DFWatch–Members of parliament for President Saakashvili’s National Movement party have again taken leave from their duties as a sign of protest.

Party spokesman Giorgi Baramidze says they will not attend plenary sessions until all the ‘political prisoners’ have been released.

Baramidze said the government made an ‘unprecedented’ decision when it detained former Prime Minister Vano Merabishvili, and he calls it political persecution and vengeance.

“This will be harmful for the country’s domestic and foreign policy and will influence the country’s political development,” he said

The UNM will use different forms of protest. Tuesday party members planned not to attend the parliamentary session but spend the day holding protest rallies outside the prosecutor’s offices in eight regions, with a demand to release ‘Ivanishvili’s personal prisoners’.

“Our fight will continue and it will be legal and peaceful but very active,” he added.

The UNM party planned to conduct a primary election inside the party to select a candidate for the next presidential election. It seems that Merabishvili was considered one of the candidates, as Baramidze said if Merabisvhili won’t be allowed to participate in the primary election, that this process is pointless.

The party may therefore decide to appoint its candidate without holding a primary election.

Merabishvili was detained last week and is charged in three different cases, including the controversial case of the murder of Sandro Girgvliani and the events of May 26, 2011, when police were joined by vigilantes who surrounded and beat a gathering of demonstrators in front of parliament.