Saakashvili’s party rallies ahead of election

Saakashvili’s party rallies ahead of election 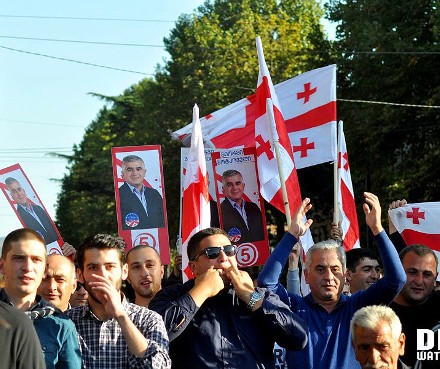 TBILISI, DFWatch–Three days before Georgians go to the polls, the National Movement on Wednesday rallied their supporters in Tbilisi.

Former President Mikheil Saakashvili addressed people from Odessa, Ukraine on a big screen via Skype. He criticized the Georgian Dream government and claimed that his party will win the election.

The crowd gathered at Roses Square where the rally began an hour late because organizers decided to wait for people to arrive from other parts of Georgia.

Police was mobilized to provide security during the event, but no incidents were reported.

Some of UNM’s well-known figures addressed the crowd, including Givi Targmadze, whose car blew up the day before. The speakers’ main message was for everyone to show up at the election and vote for ‘a better future’ and for Georgia.

After the speeches, rally participants marched from Roses Square to Freedom Square, with a drum section leading the crowd. 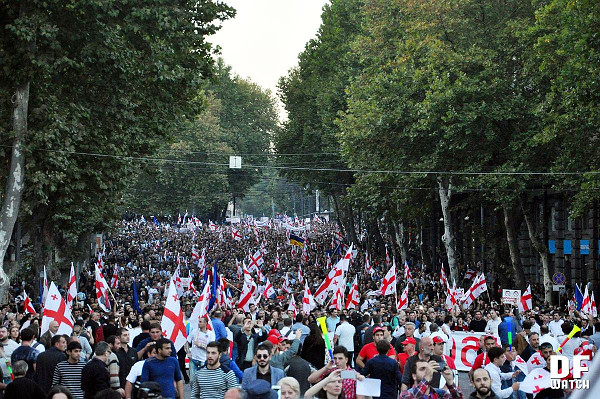