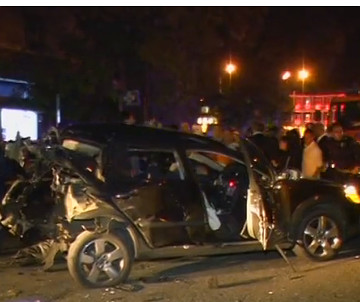 TBILISI, DFWatch–An apparent car bomb exploded in central Tbilisi Tuesday night, targeting the car of a member of parliament for the National Movement.

The car’s owner MP Givi Targamadze was sitting in the front passenger seat as it exploded. He was not seriously injured.

Georgia’s deputy interior minister, who was at the scene, said five people were injured by the explosion. Four are hospitalized, and one of them is in grave condition.

In a phone interview, Targamadze said he believes the explosion was the result of a deliberate act. He believes that it was a bomb placed in the rear of the car. The rear section of the car is completely destroyed.

Targamadze said it happened as he left the office. He was in the car with his driver.

“I left the office. I moved to the Kolmeurneoba Square. At first, I couldn’t understand what was happening. I thought that someone was shooting at us. When we came to better consciousness we left the car. Me and my driver do not have a lot of injuries,” he told Rustavi 2.

The UNM party figure also said he believes the explosion was triggered by remote control and added that he will say more soon about the possible reasons for the explosion.

The explosion damaged a few other cars, a minibus and bus.

The Interior Ministry launched an investigation for attempted murder under serious circumstances. 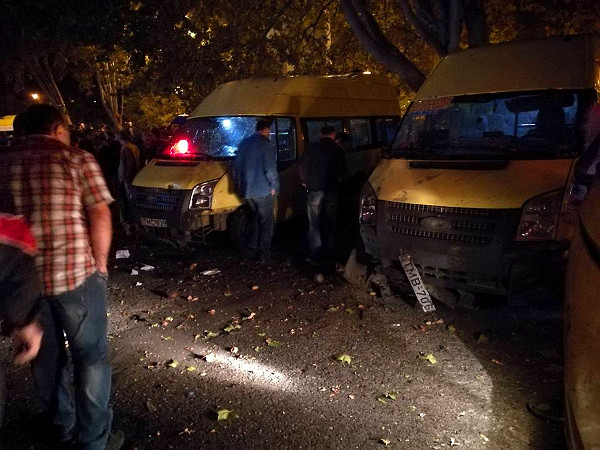