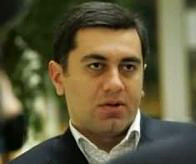 TBILISI, DFWatch–Former Defense Minister Irakli Okruashvili on Tuesday testified that ex-President Mikheil Saakashvili ordered the beating of a parliament member to make an example of what would happen to others if they dared openly criticize him.

In his testimony at a trial concerning the beating of parliamentarian Valeri Gelashvili in 2005, Okruashvili said that Saakashvili had some resentment against Gelashvili, because of statements the latter made in an interview with the daily newspaper Rezonansi two weeks before he was attacked.

Gelashvili said that Saakashvili had taken away from him his house without paying any compensation. The house used to be in the location where the president’s residence stands today. In addition, he also spoke about the private life of Saakashvili in a quite unfiltered way, which was unusual at the time.

Gelashvili was also one of the first people to say publicly that Saakashvili was making decisions for own his personal reasons.

Later Gelashvili was stopped while driving his car, and beaten by unknown assailants wearing black masks. He was severely injured and according to doctors barely survived. According to a medical report he had brain trauma, several broken bones, injuries to the nose and forehead and other injuries.

In testimony on Tuesday, Okruashvili,  the defense minister in the early years of Saakashvili’s government, implicated the former president as well as ex-Minister of Internal Affairs Vano Merabishvili in the attack.

“Saakashvili asked me to carry out retribution against Gelashvili. All had to be done so that the motive wasn’t revealed. I refused, and when [Gelashvili was beaten] I spoke with Saakashvili and understood that his order was carried out by Vano Merabishvili,” he said at the trial on Tuesday.

“He claimed that if someone dared do such a thing to the president once, then others would do the same and he couldn’t let it pass but had to take measures. I thought that it was pointless to reassure Saakashvili,” Okruashvili recalled.

At the second meeting, he said he was trying to reassure him and at the third meeting – after the attack – they discussed what had happened.

After a falling out with Saakashvili in 2007, Okruashvili joined the opposition against him, and then left for France. On March 28, 2008, a court sentenced  Okruashvili to eleven years in jail in absentia. After the parliamentary election in 2012, he returned and was detained, but later the court released him on bail.