Russian MP claima Georgia might have been involved in Navalny poisoning

Russian MP claima Georgia might have been involved in Navalny poisoning 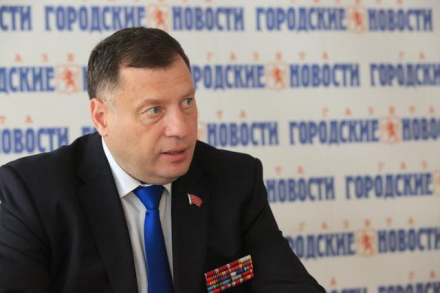 As the world, and democratic forces in Russia, remain shocked by cold-blooded poisoning of President Putin’s top foe by Novichok, the Kremlin points at Georgian and the United States as possible perpetrators.

Russia is not engaged in the manufacture of chemicals from the Novichok group, such laboratories are located in Georgia and the United States, Yuri Shvytkin, deputy chairman of the State Duma Defense Committee, told RIA Novosti.

“As far as there is available information, such weapons, such chemical toxic substances are available on the territory of Georgia […] in the laboratory, and in the United States of America,” Shvytkin said.

Although he didn’t specify but it’s clear Mr. Shvytkin meant Richard Lugar Center for Public Health Research in Tbilisi, which has become a subject of numerous accusations by Kremlin and pro-Kremlin officials and experts.

Navalny was a victim of attempted murder and the world would look to Russia for answers, Chancellor Angela Merkel said.

“Where are the facts, where are the formulas, at least some kind of information?” foreign ministry spokeswoman Maria Zakharova was quoted as saying by BBC.

Lugar Center, which is fully owned by the Georgian government and based on the National Center for Disease Control and Public Health, is located in the vicinity of Tbilisi International Airport and played crucial role in handling Covid-19 pandemic in the country.

It has become a constant subject of accusations and threats from Moscow. Vladimir Shamanov, Chairman of the Defense Committee of the Russian State Duma, even threatened with “military measures” in 2018.

Few months prior to Shamanov’s statement, in March, 2018, former KGB officer Sergey Skripal and his daughter, Yulia, were poisoned with “Novichok” in Salisbury, UK.