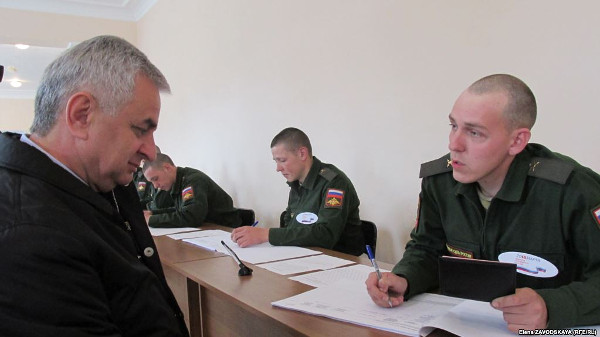 TBILISI, DFWatch–In two enclaves carved out of neighboring Georgia, Vladimir Putin received the highest percentage of votes in the Russian presidential election: 94 percent of votes in Abkhazia and 93 percent in South Ossetia.

The two regions which both have a heavy Russian military presence, consider themselves independent states, but most of the world regard them as part of Georgia.

Both ‘presidents’ of these regions made it clear in statements at election precincts who they voted for, Putin, who  received 76.6 percent of the votes in Russia.

20 voting precincts were opened in Abkhazia and 13 in South Ossetia, where altogether almost 42,000 and 18,000 people voted, respectively.

The Ministry of Foreign Affairs of Georgia squarely condemned the opening of electoral precincts in the two regions which are considered occupied, calling the move another ‘clear example of occupation’.