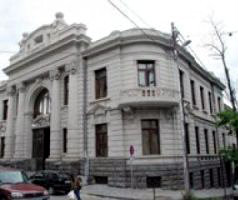 The National Library in Tbilisi. (Interpressnews.)

TBILISI, DFWatch–The presidents of Turkey and two South Caucasus countries will meet at the National Library in Tbilisi on Tuesday, to attend the 2014 Georgia-Azerbaijan-Turkey Summit.

Some of the topics will be what results there have been of economic, trade, transport and energy cooperation for the last 20 years. Another topic is future cooperation plans, According to Margvelashvili’s press office.

The latter will hold a meeting with Prime Minister Irakli Gharibashvili during the visit.

The summit was planned during the Georgian president’s visits to Turkey and Azerbaijan.

Jalaghania said Georgia expects the summit to have positive results.