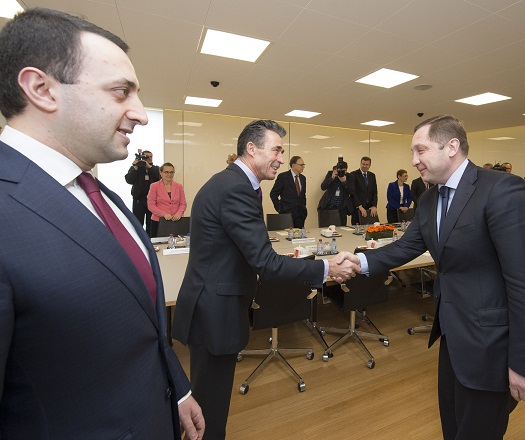 Gharibashvili said the ambassadors told him the new government has strengthened democracy in Georgia.

Participants discussed relations between Georgia and Russia, Georgia’s participation in ISAF’s operations in Afghanistan and the NATO summit in Newport, Wales, in September this year.

This was the first time ambassadors of NATO countries have attended the NATO-Georgia commission. They spoke about Georgia’s achievements and reaffirmed their commitment to the country’s integration with alliance and its territorial integrity.

Foreign Minister Maia Panjikidze said 22 out of 28 ambassadors held a speech at the meeting; the rest didn’t have time. The ambassadors spoke about Georgia’s progress and plans for participation in future NATO operations.

Georgia’s State Minister for Euro- and Euro-Atlantic Integration said Georgia’s progress ought to be reflected in decisions at NATO’s upcoming summit.