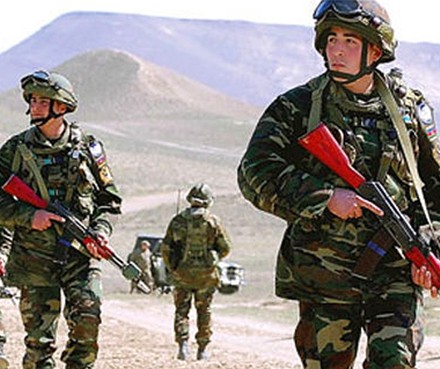 Azerbaijan and Armenia are technically still at war over the region Nagorno-Karabakh. (Pirveli.)

TBILISI, DFWatch–An ethnic Armenian member of the Georgian parliament criticized some of his colleagues on Wednesday for voting for a controversial Council of Europe resolution regarding access to water in Nagorno-Karabakh.

Samvel Petrosyan, a majoritarian member of parliament from the National Movement, did not name which resolution he meant and who voted for it, but it was clear from the context that he was talking about a vote in January about a resolution regarding the access to water in Azerbaijan and the breakaway territory Nagorno-Karabakh, which Armenia and Azerbaijan both claim.

The resolution was passed at a Council of Europe parliamentary assembly on January 26 (http://assembly.coe.int/nw/xml/XRef/Xref-XML2HTML-en.asp?fileid=22429&lang=en). It asserts that “inhabitants of frontier regions of Azerbaijan are deliberately deprived of water”. 98 MPs voted for it, 71 against, and 40 abstained. Yerevan saw the resolution as anti-Armenian, biased and only reflecting the interests of Azerbaijan.

At a plenary session of parliament, Petrosyan called the resolution biased and said people in the community he represents, the southern town Akhalkalaki, were astonished by the way the Georgian delegates voted.

“Despite the anti-Armenian views of certain politicians, I am confident that brotherly ties between the Georgian and Armenian nations will deepen and develop in the future.”

Head of Georgian Dream’s faction Giorgi Volsky called Petrosyan’s statement ‘populist’ and said the Georgian delegation to the CoE did not do anything to cause tension in Georgia’s neighborhood.

“The closer we get to the election the more populist statements there will be. Georgia is our common country for Georgians, Armenians and Azeri. Let’s keep stability in this state,” he said, adding that the energy supply problem has gotten worsen and needs to be solved.