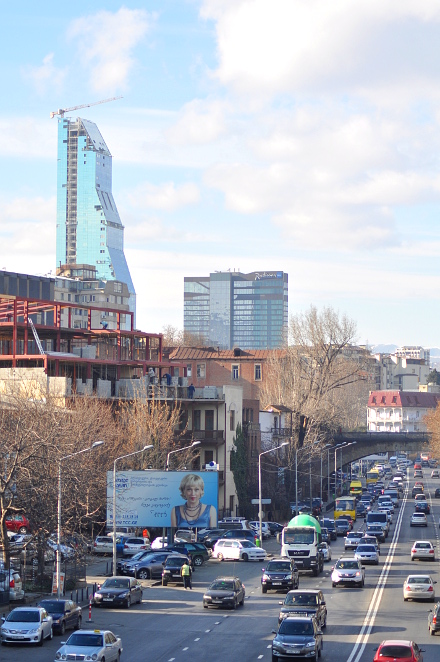 TBILISI, DFWatch–Plans to open a high-end luxury casino in downtown Tbilisi have been aborted because the Hong Kong based operator, Melco International Development, was unable to reach an agreement with UAE Dhabi Group about leasing of space.

The casino should have been opened in a skyscraper under construction near Tbilisi’s central Rustaveli Avenue.

Melco is owned by Hong Kong billionaire Lawrence Ho (39), whose assets Forbes estimates to be 1,2 billion.

“Although every effort has been made to negotiate with Dhabi on the lease terms, the parties are unable to reach an agreement on terms satisfactory to MelcoLot”, the company explained in a filing with the Hong Kong Stock Exchange.

MelcoLot is a subsidiary of Melco International Development.

Macaubusinessdaily writes that MelcoLot would have control of 42.7 percent of the casino’s shares. The rest of the shares would have been distributed between three companies based in Taiwan: Firich (31.62 percent), Rich Development (15.35 percent) and Syncmold (8.33 percent).

Lawrence Ho is a prominent businessman, whose shares in Hong Kong and Macau according to Forbes amount to USD 1.2 billion. Dhabi Group is presided by by Sheikh Nahayan bin Mabarak Al Nahayan, Minister of Culture, Youth, and Social Development of the United Arab Emirates.

The plan was to locate the casino in the Millennium building, which Dhabi Group is constructing on Tabukashvili Street, a street that runs parallel to Rustaveli Avenue, closer to the river Mtkvari.

Dhabi Group Georgia did not wish to comment when contacted by DFWatch.

Dhabi is planning to open a luxury hotel in side the tower, Millennium Biltmore, in summer of 2016. Apart from the hotel, the skyscraper will host a shopping center, and Georgian and Asian restaurants on 24th floor.

Sami Edwards, Executive Director of Dhabi Group, told Commersant.ge in January that this will be the first hotel in Tbilisi with presidential suites. It will serve presidents and other VIP visitors. More than USD 100 million has been invested in the hotel.