Linderman: GD will have a tendency to consolidate power into one-party rule

Linderman: GD will have a tendency to consolidate power into one-party rule 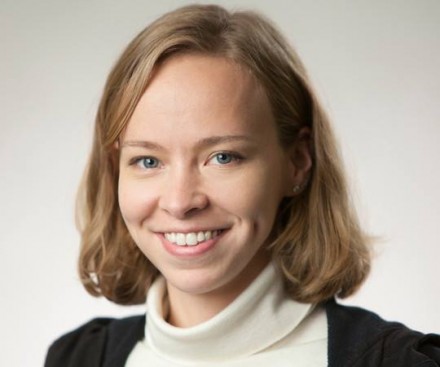 “(Russia) spent a lot of money and all they managed was to have a small minority in Parliament. That proves that Georgians are still very much pro-West,” Laura Linderman says.

Anna Kalandadze of Voice of America’s Georgian service discusses results of Georgia’s Parliamentary elections, and its importance for country’s future dynamics with Laura Linderman, of US Atlantic Council in Washington. Parts of this interview ran on VOA program.  Here is an unabridged interview.

Who are the winners and who are the losers? What is the Georgian public getting? How did the forces for country’s democracy work?

Laura Linderman: So, Clearly, the main winner is the Georgian Dream and the voters that have shown that they are pleased with how the past four years have gone.  Voters have also shown that they wish to stay the course and maintain stability. I think the UNM, while they underperformed their expectations, also showed that they are the main opposition force in the Georgian politics, so I would say they are also the winners in this regard.

As for losers, I think Republicans and Free Democrats showed that they were not able to get to the 5% threshold that once again reiterated the fact that UNM is the main opposition force in Georgia.

As for democracy in Georgia, there will be some challenges, with another four years of the same party in power.  And it will have a tendency to consolidate power into one-party rule. This won’t be great for Georgian democracy so it will be really important to govern with the UNM as much as possible and resist this temptation.

Overall, how did the elections meet the free, fair, and democratic standard?

Laura Linderman: The elections were not conducted perfectly, there were some isolated instances of violence and pressure, but in general media was more plural, and in the run-up to the elections, campaigning was vibrant, there was less abuse of administrative resources than we have seen in the past.  So, overall, this is a step forward for the Georgian elections.

Did you see a failure of the pro-western parties in this election and what was it due?

Laura Linderman: I would not say that I saw failure of the pro-Western parties:   Georgian Dream has worked hard to continue to integrate with the West and I think voters wanted them to continue where they have been going so far and continue this process.  As far as the Free Democrats and the Republicans go, I think you see a lot of personalities behind these parties rather than politics.  There are a number of parties running on a pro-Western platform but we now saw the political situation clarified with UNM being the main opposition power.  The Georgian Dream will obviously remain in power.

Alliance of Patriots is set to have 6 candidates in Parliament.  They do not have a lot of experience governing and the Georgian public does not want to see them in Parliament however they will be representing views of some small minority of Georgians, and they will have a voice.  I do not see that they have a great ability to have a lot done, especially when they do not have a lot of experience in Parliament and I would also say that we see them in Parliament because of Russia’s sustained propaganda campaign.  They have this campaign going throughout in all of post-Soviet states, in US and Western Europe, spent a lot of money and all they managed was to have a small minority in Parliament.  That proves that Georgians are still very much pro-West.

What is the threat, if either, from the constitutional majority in a democracy?

Laura Linderman: So again this is where GD will have to be really careful because they are going to want to consolidate their power of rule. But as we have seen it in the past in the Georgian politics, every time there is one party wanting to consolidate power, there is a large backlash against it and voters want to go in a different direction. So they are going to need to work on governing and work with UNM because there are two folks in Parliament and it’s important that they start more work on governing, less focus on past issues and bickering and more focus on what they can get done.

What role do you ascribe to “informal leaders” on both sides?  How do you see their future engagement and is it helpful for Georgia?

Laura Linderman: The fact that Ivanishvili is still wielding power behind the scenes is concerning.  Ideally he would continue to step back and let new faces in GD take over.  As for Saakashvili, I think we saw some missteps in the UNM campaign around changing the topics of a campaign to be sort of a referendum on Saakashvili’s return.  I do not think that resonated well with voters. Voters really want to move forward beyond this Ivanishvili-Saakashvili dynamic and I really hope both of these leaders continue to recede from political life in Georgia and let the parties and platforms do the hard work of governing.

How can you explain a relatively law turnout in the Parliamentary elections and what is it attributable to?

Laura Linderman:  I think it reflects some apathy on the part of Georgian voters, for sure.  It also does show that there is some stabilizing influence in Georgia and things are back to normal, after some exciting elections in the past, in 2012 most notably.  So I think it’s a combination of apathy on one hand and “let’s-just-keep-things-at how-they-are” on the other and that is why they were not super galvanized to go out and vote.