Escaped burglar arrested in Tbilisi with jewelry from new heist

Escaped burglar arrested in Tbilisi with jewelry from new heist 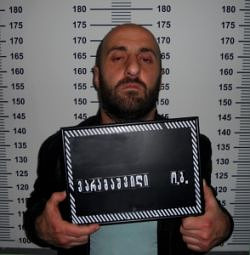 TBILISI, DFWatch–A Georgian robber who escaped from a court building in August by feigning illness was caught on Sunday with jewelry from a recent heist.

Otar Varamashvili escaped from Rustavi City Court on August 31 by claiming he was ill and running away during the medical examination.

He was caught in a Tbilisi restaurant on Sunday.

According to Ministry of Internal Affairs, the convict was serving a sentence at Prison No 16 in Rustavi, a town 20km south of the capital. He is convicted of burglary, robbery and attempted theft.

Police found golden bracelets, crosses, earrings and rings when he was arrested, items allegedly stolen during a jewelry heist in a shop in Tbilisi.

Varamashvili will now face a new charge of escaping from prison.