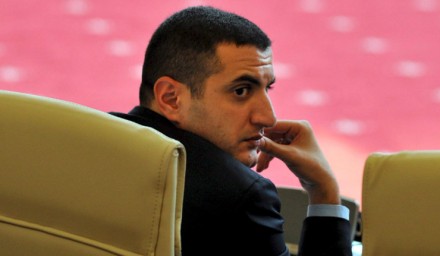 Davit Kezerashvili, was questioned under caution by the Israeli Police’s fraud squad (Haaretz)

Mr Hirsch was a brigadier general at the Israeli army before he started the private security consulting company, Defensive Shield. He and four other senior company executives were questioned for several hours on Tuesday over deals in Georgia that raised suspicions of bribery, aggravated fraud, money laundering and tax offenses.

In September 2015, Mr Hirsch’s candidature for the chief of Israel’s police was withdrawn following a growing scandal around Defensive Shield and the corruption probe involving Davit Kezerashvili.

Haaretz writes that police suspect the executives of Defensive Shield used fraud and bribery to obtain contracts worth tens of millions of dollars. The person they are suspected of bribing is Davit Kezerashvili. Police believe the bribes were mediated by a personal friend of Kezerashvili who knows Hirsch. Police also suspect that in one particular project, the executives fraudulently obtained payments much larger than those to which they were entitled.

Davit Kezerashvili was a high official in the UNM’s government and formerly a minister of defence. He is wanted by the Prosecutor’s Office in connection to a number of crimes, including exceeding official authority, appropriation of a company, and embezzlement. His name was featured in Panama Papers, which sheds some light on his path to becoming an oligarch.

He is currently residing in the UK. In April, London court refused to extradite Mr Kezerashvili to Georgia arguing that the charges are politically motivated and bear signs of an ‘ongoing political persecution’.