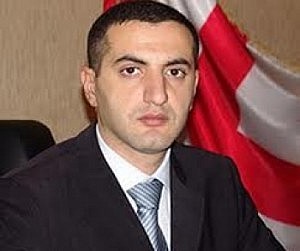 TBILISI, DFWatch–A newspaper report based on the leaked Panama documents shows how Davit Kezerashvili, who was defense minister during Saakashvili’s presidency, became an oligarch a few days after he resigned.

The Swiss newspaper Tribune De Geneve writes that in 2006 when Kezerashvili was appointed minister, he owned only one flat. But his assets were soon to grow after he resigned in December 2008, a few months after the war with Russia.

Tribune De Geneve reports that ten days after Kezerashvili’s resignation, ten of his trustees founded three offshore companies. Millions obtained from oil sales was transferred to bank accounts. According to the Panama Papers, an account was opened for one of those companies in Swiss Bank BCGE. 20 million Swiss francs (nearly USD 21 million) was transferred to this account. A further 25 million was transferred the same way to the banks ABN AMRO and BNP Paribas.

The Swiss newspaper also writes that in the beginning of 2013, an investigation was launched against Kezerashvili for corruption. In May-June of the same year, a trustee of Kezerashvili contacted the Panamanian legal services company Mossack Fonseca to register documents and back date them. Later, before the start of the trial, Kezerashvili transferred his assets to the two other offshore companies.

A trustee of Kezerashvili told the newspaper that he answered questions from the Georgian government related to his client. He also said that he had never been a financial mediator in this case. He said he had never had any access to the bank accounts of his client after this case.

April 7 2016 Prosecutor’s Office of Switzerland started to research the activities of several banks. One of them was BCGE, where a company affiliated to Kezerashvili had accounts.

Leaked documents from Mossack Fonseca showed that the firm helped some of its clients launder money, avoid paying taxes and avoid sanctions. The so-called Panama Papers investigation is based on a selective study of some of the 11.5 million documents. Among clients named are former and current world leaders, politicians and athletes. former Georgian Prime Minister Bidzina Ivanishvili was also among them.