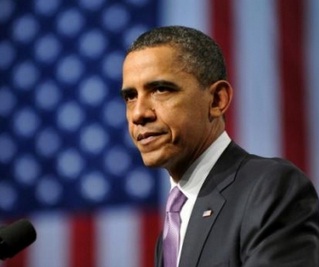 TBILISI, DFWatch–US President Barack Obama said on Wednesday that there has not been any immediate plans for expansion of NATO’s membership, referring to Ukraine and Georgia.

His statement caused protest and criticism among some in Georgia.

On Thursday, government officials responded to the statement. PM Irakli Gharibashvili said that what Obama said is a reality and there are currently no plans to expand NATO.

“We shouldn’t have illusions but asses the situation realistically,” he said, adding that the government’s goal is to offer people truthful information and not give them false expectations.

Foreign Minister Maia Panjikidze said the government has never said that Georgia will be accepted into NATO at the summit in Wales in September this year.

She said Obama didn’t say that Ukraine and Georgia aren’t on the way to joining NATO. She thinks Georgia firmly stands on the way which leads to NATO – implementing democratic reforms and strengthening democracy.

“We stand on this way with a belief that one day Georgia will become member of NATO,” she said.

Minister for Euro-Atlantic Integration Alexi Petriashvili told journalists that there is no reason to give up and get sad. He said the statement made by the US president doesn’t concern the issue of giving Georgia a Membership Action Plan (MAP).